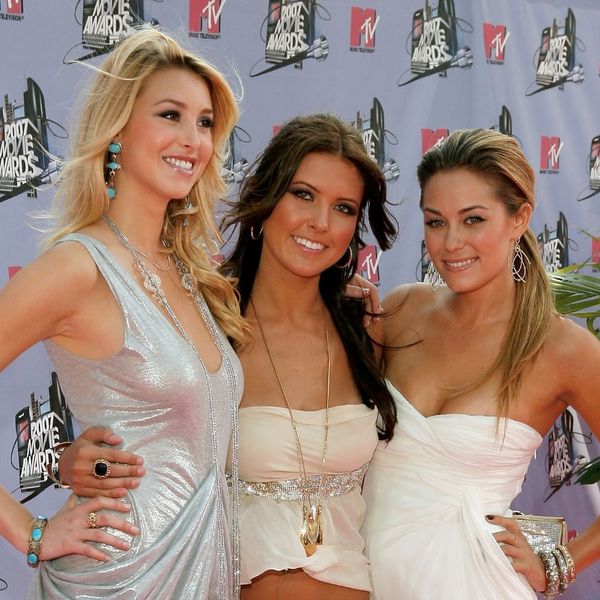 Audrina Patridge has a lot on her plate these days, literally. Throwing on her chef’s hat and cooking up a storm while preggo with her first little one, she’s more about eating for two than planning her wedding. And although she and fiancé Corey Bohan aren’t rushing to get married, Audrina does know one thing about the big day: who will and who will NOT be invited. When it comes to the cast of The Hills, there will definitely be some faces that you won’t see in the wedding pics.

With baby Patridge-Bohan arriving at the end of June, Audrina told E! that she realizes the importance of not overwhelming herself. “I didn’t want to rush getting married, because stress is bad for the baby,” she said.

But when she does switch her focus from refining her birth plan to planning her wedding, she can already say who will be making the invite list and, perhaps a little more interesting to fans, who won’t be attending the ceremony.

The small wedding will include family and friends, but not one of the fellow The Hills alum made the cut. Oof! “We just finalized the guest list, and it’s about 130 people, mostly family. As far as friends go, we only invited the ones who’ve been there for us in the past year and who will continue to be there for us for the next 30.” That apparently doesn’t include Lauren Conrad or Whitney Port. “So, no one from The Hills made the cut. If we were doing a really big wedding, I’d invite them, but we’re keeping it intimate.”

Sorry, Heidi Montag and Kristin Cavallari. Hopefully this won’t derail the rumored Hills reunion movie (or maybe it will be the perfect thing to add a little drama!).

Are you surprised that none of The Hills cast will be getting an invite to Audrina’s wedding? Tweet us @BritandCo!