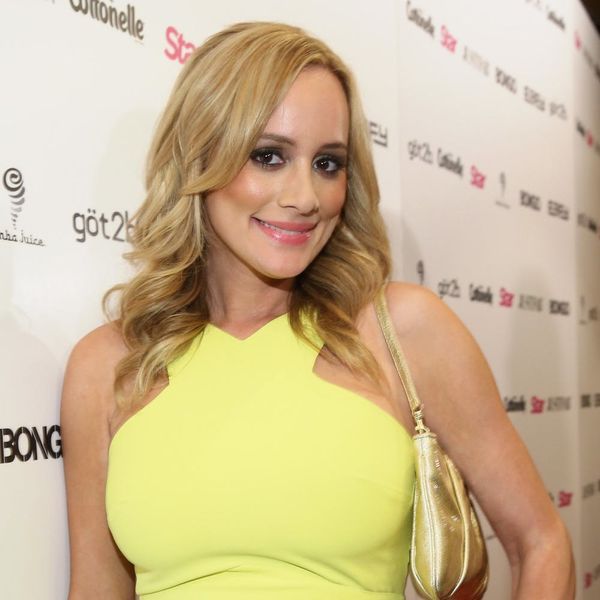 It wasn’t long ago that The Bachelor alum Erica Rose got engaged to Charles Sanders at her daughter’s first birthday party, but by the looks of it, she knows how to plan a wedding with lightning speed. Just over two months after saying “yes,” the reality star has said “I do.”

Rose — who introduced herself to Bachelor Nation during the show’s ninth season in 2006, when she competed for the heart of Prince Lorenzo Borghese — married Sanders in Houston, Texas, on Sunday, December 3, surrounded by family, friends, and a few faces you’ll recognize from The Bachelor.

Meant so much to me having my #bachelor family here to celebrate #cherica ♥️. We started on a journey to find love together 11 years ago and will always have that special bond 🌹#roses #thebachelor #bachelor (this amazing flower wall was designed by @lexisflorist 🌸

Vienna Girardi, AshLee Frazier Williams, Sadie Murray, Renee Simlak, and Melissa Schreiber were all on hand to celebrate the romantic event with the happy couple. Even Prince Lorenzo Borghese was in attendance for the big day.

The day my dad has been waiting for his whole life 👰🏼♥️. #fatherofthebride #bride #cherica #Married !!

According to E! News, the couple had a traditional Jewish ceremony at temple Emanu El. As her father walked her down the aisle, Rose held her own baby girl, Holland, in her arms. Afterward, the newlyweds posed with loved ones in front of a stunning wall of flowers that spelled out the couple’s combined name (and wedding hashtag), “Cherica.”

Of course @hollandrosegentry had to be in the ceremony. She loved it too ❤️ #motherdaughter #somuchlove #family #married #bride

From there, guests enjoyed a formal cocktail reception that featured a string quartet and harpist, before moving to a vintage converted movie theater called the Majestic Metro, where things got funky with a Studio 54-themed party.

Surely in need of a little R&R after all that fun, the two are now headed to Belize for a dreamy honeymoon in paradise.

Was your wedding traditional or totally unique? Let us know @BritandCo!

Desiree O
Desirée O is a ‘Professional Bohemian’ who loves anything and everything related to the arts, entertainment, and pop culture. She ADORES being a ‘Newsy’ for Brit + Co, covering all of the latest tidbits of awesomeness that you want to read about. When she’s not writing, she’s either making messy art, going on long adventurous walks with her camera, or poking around over at bohemianizm (http://www.bohemianizm.com/). You can find out about Desirée O and her work at http://DesireeO.com/ or follow her on Twitter @DesireeO.
Celebrity Wedding
Celebrity News
Celebrity Wedding the bachelor