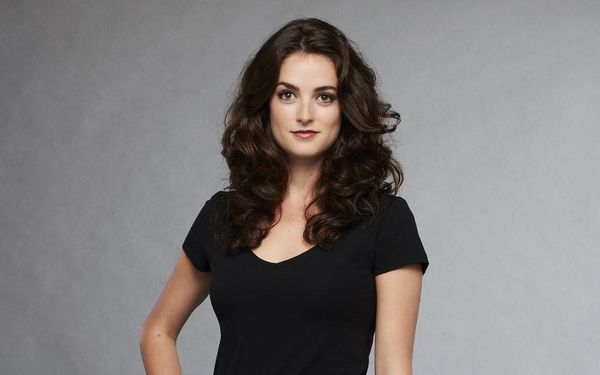 Jacqueline Trumbull and Jordan Mauger never actually met during season 5 of Bachelor in Paradise, but they connected off-screen and apparently hit it off. Last month, they more or less confirmed they were dating by posting photos from their trip to Burning Man in Nevada, but this week, Trumbull told Reality Steve that they had decided to go their separate ways.

“We were kind of starting to date and then the media kind of ran with it more than I thought they would, because we were both basically nobodies. And that actually started feeling a little bit overwhelming,” Trumbull explained on Reality Steve‘s podcast on Friday, October 5.

The psychology student, who appeared on Arie Luyendyk Jr.’s season of The Bachelor, went on to clarify that she and Mauger were still very much in the getting-to-know-you phase when their budding, not-quite-a-relationship made headlines.

“So we kind of talked about it and we’re like, ‘Look, this isn’t a relationship. We’re just taking it day by day, figuring it out, having fun, whatever,'” she explained. “Kind of exploring what’s possible between us, but kind of acknowledging that even if we made some serious commitment, there wasn’t really any way to fulfill it.”

She added that because they have different priorities, they felt it was best to end things. “We’re no longer together. I think he’s been respectfully private about it, so I would like to also.”

Trumbull appeared briefly on BIP after taking herself out of the running for Luyendyk’s final rose. Mauger was the Bachelor on New Zealand’s version of the show before coming over to the US to compete on The Bachelor Winter Games, where he enjoyed a brief romance with Bibiana Julian. He also spent some time on the beach during season 5 of BiP, where he connected with Cassandra Ferguson.

Are you surprised that Jacqueline and Jordan have broken up? Let us know @BritandCo.