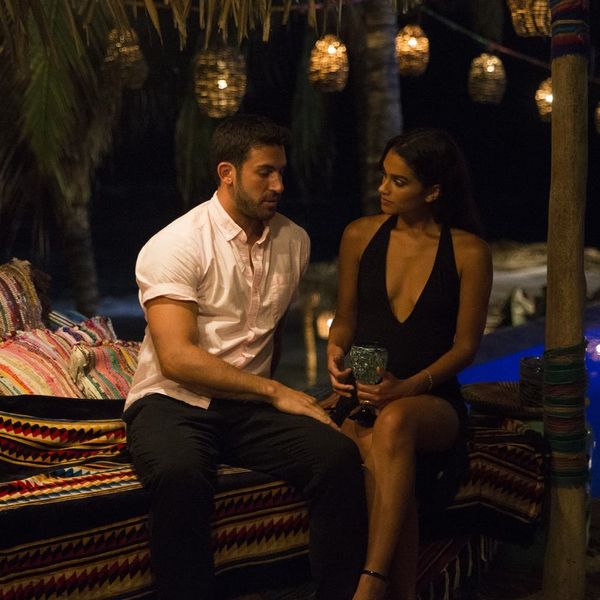 Bachelor in Paradise, which just revealed its season 5 cast of sizzling singles, has produced several marriages (and even a few babies!) over the years. Taylor Nolan and Derek Peth seemed like they were headed in that direction, too, but they just announced today, June 26, that they’ve split.

“It is with much sadness that we have decided to end our engagement,” the pair said in a joint statement they shared with E! News. “We put everything we could into our relationship and are heartbroken to go forward separately, but we know this is the best decision for the both of us. We will still be present in each other’s lives with support, admiration, and respect for each other.”

“If people ever wonder if this stuff is real… all you had to do was see [Derek], he was shaking like a leaf,” host Chris Harrison told E! News of the moment he popped the question. “That was one of the sweetest, rawest moments I’ve seen in a long time.”

Nolan and Peth were determined to take things slow once they returned to their lives back home, telling People magazine that they weren’t in a rush to move in together. “We probably won’t see that for a while,” Nolan said in September.

The distance wasn’t easy, though. With Peth in New York City and Nolan in Seattle, they had to really work at their relationship. Back in May, Nolan took to Instagram to share a pic of them on a trip to South Jersey, writing, “He was just him and I was just me. … Long distance is difficult but thinking about good quality experiences like this makes it a bit easier.”

Are you surprised to find out that Taylor Nolan and Derek Peth have split? Let us know @BritandCo!

Desiree O
Desirée O is a ‘Professional Bohemian’ who loves anything and everything related to the arts, entertainment, and pop culture. She ADORES being a ‘Newsy’ for Brit + Co, covering all of the latest tidbits of awesomeness that you want to read about. When she’s not writing, she’s either making messy art, going on long adventurous walks with her camera, or poking around over at bohemianizm (http://www.bohemianizm.com/). You can find out about Desirée O and her work at http://DesireeO.com/ or follow her on Twitter @DesireeO.
The Bachelor
Celebrity News
The Bachelor The Bachelorette TV
More From Celebrity News