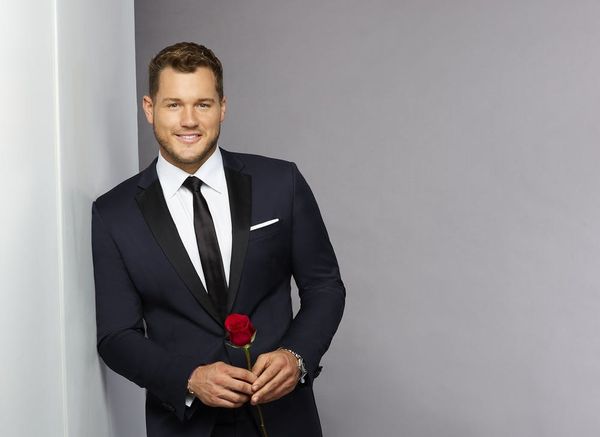 After seven rose ceremonies, one fence jump, and way too many virgin jokes — although, to be clear, even one would have been too many — Colton Underwood is nearing the end of his Bachelor journey. Night one of the two-night season 23 finale aired Monday, March 11, and it was, as promised, a very emotional and dramatic night. Before we go any further, though, let’s make one thing very clear:

This post contains spoilers. Please stop reading if you don’t want to know what happened on the March 11 episode of The Bachelor.

Okay, now let’s get to the good stuff. First, the question we’ve all been asking since that ABC promo showed Colton with an empty ring box: Is he engaged?

Unfortunately, we still don’t know. Part one of the finale answered some questions, but not, arguably, the most important one. Going into Tuesday’s episode, Colton is single, having broken up with both Tayshia Adams and Hannah Godwin after Cassie’s surprise exit.

Let’s back up, though, because a lot happened in between those events. The last time we saw Colton in Portugal, Cassie had just left the show after telling him that she loved him but wasn’t in love with him. His response, naturally, was to ditch the cameras and jump the fence at their resort, leaving Chris Harrison and the rest of the Bachelor crew to try to chase him down on a pitch-black night in an unfamiliar country.

Which is where tonight’s finale picked up. After searching for him on foot and then sending cars out to scour the streets, producers finally caught up with Colton on the side of the road. He told them he was done — as in, done with filming, done with the show, just done. “Every time I put myself out there I get rejected,” he told Chris through tears. “I literally said, ‘I love you,’ and she said, ‘I love you, too. Goodbye.'”

With his mind made up, Colton went to break the news to Tayshia and Hannah. Tayshia was up first, and she handled the news with remarkable grace and compassion, even consoling him when he broke down crying. We’ve seen a lot of sad goodbyes on The Bachelor, but that had to be among the saddest. Tayshia, we agree with Colton — you deserve better.

Similar to past finales, Monday’s episode included both footage from the end of Colton’s journey in Portugal and live, in-studio commentary from Chris. Tayshia made an appearance, too, first sitting down for a one-on-one with Chris and then facing Colton for the first time since their breakup. Naturally, their interaction was a little awkward at first, but Tayshia eased the tension by telling Colton that she cherished their time together and wished him well. She also said she was proud of who she had become and excited for a real relationship of her own in the future, and honestly, we’re excited for that too.

Back in Portugal, Colton showed up at Hannah’s door to tell her he loved Cassie. She was hurt and angry, which made Colton (momentarily) question his decision. Outside her room, he broke down again and admitted he was scared that he was making a mistake in giving up someone who really loved him for someone who had already rejected him.

During her one-on-one with Chris, Hannah said she’d been dreading seeing that moment play out on TV for months. Asked if she was still in love with Colton, though, she said no, because she knows what love is, and “it has to be a two-way street.” Later, face to face with the former athlete, Hannah asked when and how things had changed for him, and whether he ever considered just giving their relationship more time. Colton admitted it was selfish of him to run away but said he knew it was over between them as soon as Cassie left. Because for him, that was the end of the show.

Which brings us to the actual end of the show, or at least the end of night one of the finale. After a brief interlude featuring Ben Higgins, Jason Tartick, Garrett Yrigoyen, and Blake Horstmann — who, like Twitter, had some thoughts on Colton’s new hair — the episode returned to Portugal, where Colton was still pining for the one who got away. “I’m willing to do anything and everything. Because that’s how much I love Cassie,” he declared.

In the final moments of the night, he knocked on a door — presumably Cassie’s — and it opened, just as the cameras cut back to Chris in the studio. So, it looks like we’ll see you back here tomorrow night for “the most dramatic finale” ever. Same time, same place?

RELATED: The Most Shocking, Emotional ‘Bachelor’ and ‘Bachelorette’ Finales Ever