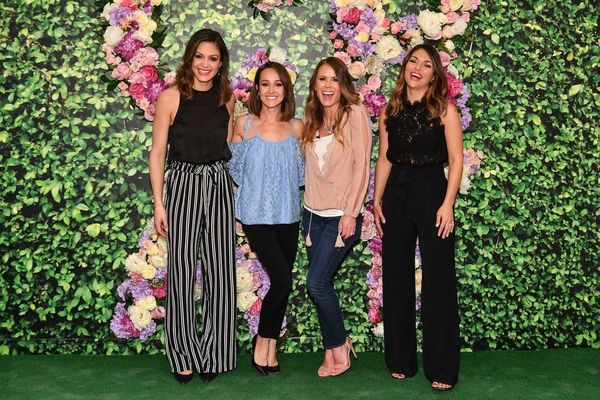 Hannah Brown’s journey as the new Bachelorette will officially kick off with the season 15 premiere on Monday, May 13. But before that, on May 6, we’ll get to hear from some former Bachelorettes. ABC recently reunited several of the series’ previous leading ladies to dish on their own experiences with drama, romance, and — in a few lucky cases — happily-ever-after.

Who run the world? Get ready for The Biggest Bachelorette Reunion in Bachelor History on Monday, May 6!
📷: @chrisbharrison pic.twitter.com/ZS9mCf5egz

“Fans will get to know these women in a different way, which is cool,” host Chris Harrison told Entertainment Weekly, admitting that the reunion was a bit more surreal than he was expecting. “I was a little more sentimental and emotional than I thought I was going to be.”

While some of the former leading ladies remain happily married or engaged to their partners from the show, others, such as Kaitlyn Bristowe — who recently ended her engagement to Shawn Booth — have since split from their final rose recipients. But all of them had some valuable insight to share.

Maynard Johnson, for example, said that even though things didn’t work out between her and Jef Holm, the show taught her a lot about herself and what she needs from a relationship. (She married Tyler Johnson in 2014, two years after her stint as the Bachelorette.) “If I hadn’t had the Bachelorette experience, I don’t think I would have prepared to meet and marry my husband,” she told People. “I have a clear vision of what I want. And I know that my purpose on earth is to be a mom.”

Sutter, for her part, advised Brown and any future Bachelorettes to take the experience seriously. “Never settle,” she told EW. “Be true to who you are. And try to get as much sleep as possible.”