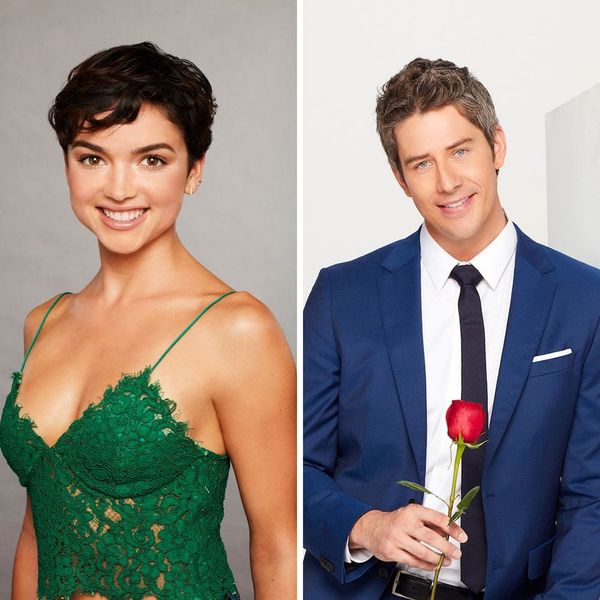 Bachelor season 22 breakout star Bekah Martinez has made headlines for everything from her hair to mistakenly being reported as a missing person to, of course, her age. While some fellow contestants and viewers thought she was too young to be looking for marriage, the 23-year-old thinks it’s actually Arie Luyendyk Jr. who isn’t ready to make such a major commitment.

“I think I’m more ready for marriage than Arie is, quite honestly,” Martinez told ET. “I don’t think Arie knows what he wants, and I don’t think he’s serious about being with one person for the rest of his life.”

Martinez went on to say that she believes Luyendyk is conflicted between who he really is and how he’s trying to present himself on the show. “I don’t think there’s anything wrong with being like, ‘Yeah, I want to be the dominant partner in the relationship.’ Maybe that’s not the popular thing to say, but I wish he would just be honest about that,” she told ET. “Because I don’t really think that he wanted to be with a woman like me or with a woman like Seinne, women like us…who aren’t going to let him get away with whatever he wants to get away with.”

Despite ample screen time and undeniable chemistry with Luyendyk, 36, Martinez was sent home on the February 12 episode of the show. While she initially said the move was “shocking,” she was able to meet with Luyendyk ahead of this week’s Women Tell All taping to discuss their relationship and get some closure.

Luyendyk’s final rose decision won’t be revealed until the two-part season finale on Monday, March 5, and Tuesday, March 6, on ABC, but the professional race-car driver has previously revealed that he fell in love with two people on the show. Martinez is well on her way to moving on, and may even get a second shot at love, too — host Chris Harrison has teased that she’ll appear on the upcoming season of Bachelor in Paradise.

What do you think of Bekah’s thoughts on Arie? Let us know @BritandCo!

Nicole Villeneuve
Nicole is an entertainment and lifestyle writer covering pop culture, news, and cool women doing cool things. She likes yard sales, MTV's Teen Mom, and putting too many memes in the group chat. She lives in Toronto.
the bachelor
TV
the bachelor TV
More From TV