10 Weird Museums That Are Worth the Trip 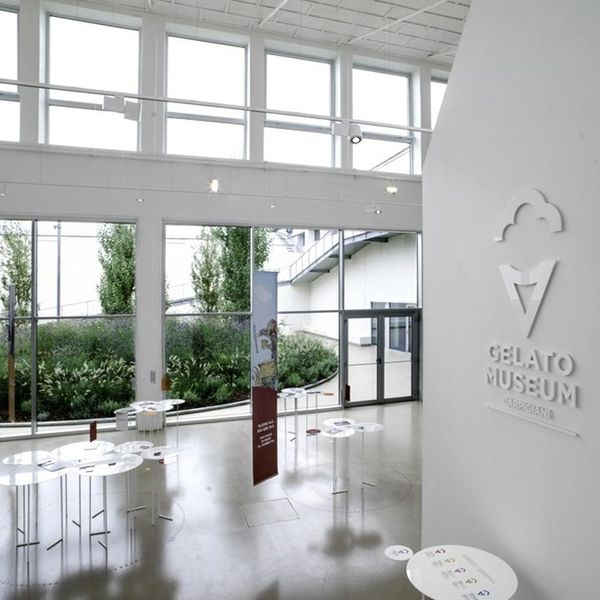 There's the Louvre, the Getty, and the Smithsonian, but if your tastes lean a bit more to the obscure and unusual, you might just skip those. Instead, veer off the beaten path and find your way to a far more unique museum that has been curated to a very specific genre. There's a high tech destination dedicated to instant noodles, a Bay Area haven for Pez collectors, and really, something for everyone. Click through the slideshow to see 10 wacky yet wonderful museums.
The Momofuku Ando Instant Ramen Museum, Osaka, Japan: This interactive food museum in Osaka gives an educational (and yummy) look at the go-to food staple for so many college students. Along with an in-depth history of the instant noodle, there's the My CUPNOODLES Factory where you can actually create your very own soup. (Photo via The Momofuku Ando Instant Ramen Museum)
Underwater Museum of Art (MUSA), Mexico: There's one catch for visiting MUSA in Salon Manchones (located off the coast of Isla Mujeres, Mexico); you've gotta know how to scuba dive. The eerie art gallery is eight meters down in the crystal clear Caribbean Sea. (Photo via Underwater Sculpture Museum)
Carpigiani Gelato Museum, Bologna, Italy: If you love ice cream — and really, who doesn't — then heading to the Gelato Museum in Bologna is a must when touring Italy. This museum examines the history, culture, and the technology behind making the ice cool yumminess. Along with all the learning, visitors can try their hand at making gelato, as well as enjoy a delicious tasting. (Photo via Carpigiani Gelato Museum)
Museum of Broken Relationships, Los Angeles, CA and Zagreb, Croatia: There are so many broken relationships that paying homage to the past deserved not just one museum but two. With locations in the US and Croatia, the Museum of Broken Relationships is a "physical and virtual public space created with the sole purpose of treasuring and sharing your heartbreak stories and symbolic possessions." Yeah, that. (Photo via Museum of Broken Relationships)
The Bunny Museum, Altadena, CA: You would never guess at first glance, but inside this building in southern California is the world's only museum dedicated to the bunny. There are over 34,000 objects in their totally adorable collection, from rabbit figurines to the plush bunny that started it all back in 1993 to actual live bunnies. (Photo via The Bunny Museum)
Dog Collar Museum, Kent, England: Leeds Castle in England has many traditional offerings, from coats of armor to antique furnishings and paintings. But for canine lovers, this is the place to go for an in-depth look at dog collars — yes, dog collars. The museum boasts the largest collection of dog collars on public display anywhere in the world, with the oldest dating back to the late 15th century. (Photo via the Dog Collar Museum)
International Cryptozoology Museum, Portland, Maine: Big Foot fans, Loch Ness lovers, and mermaid believers will be delighted by the world's only International Cryptozoology Museum. (Cryptozoology is a pseudoscience that tries to prove the existence of "hidden" animals.) There is much to see, from a model of a Coelacanth to an artist's representation of the Tatzelwurm, which may just make you a believer if you weren't already. (Photo via International Cryptozoology Museum)
The Museum of Bread Culture, Ulm, Germany: For those who are gluten and/or carb lovers, there's a place to pay homage to bread history, science, and lore. That's a 6,000-year history of bread to learn about through over 700 objects on display. (Photo via The Museum of Bread Culture)
International Spy Museum, Washington, DC: When in the mood for a secret mission, or perhaps merely a place that celebrates them in many a form, the International Spy Museum will quench your thirst for intrigue. The museum boasts the largest collection of international spy artifacts ever displayed for the public. The secrets are out. (Photo via International Spy Museum)
Burlingame Museum of Pez Memorabilia, Burlingame, CA: Outside of San Francisco, there resides a popular destination dedicated to the whimsical Pez dispenser. Yes, Pez. After you've gawked at the gazillion Pez dispensers on display, visit their Classic Toy Museum and Banned Toy Museum (hello, lawn darts!). (Photo via Burlingame Museum of Pez Memorabilia)

What’s the coolest museum you’ve visited? Tweet us @BritandCo or tag us in your ‘grams!

What’s the coolest museum you’ve visited? Tweet us @BritandCo or tag us in your ‘grams!

Sunny Chanel
Sunny Chanel is a freelance writer as well as the founder of the whimsical site Wonder and Company. When this proud San Franciscan isn't writing, working on her fixer-upper or doing crafts, she is playing dress up with daughter and planning her next trip to Disneyland.
Travel