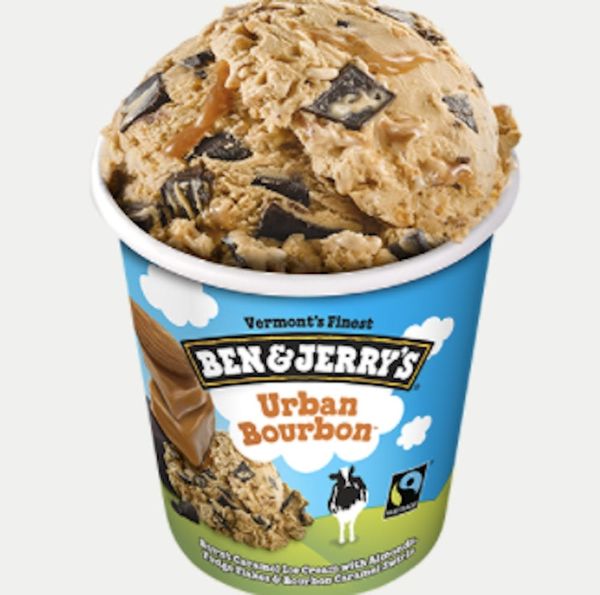 We may have a few more weeks to go before ice cream season is fully in its prime, but with crazy treats like Butterbeer cream, peanut butter sorbetto, and cookie dough lip balm abounding, we’re more than happy to get this frozen party started. It’s not vanilla we’re craving, however: Our taste buds crave change, and that’s exactly what these 18 WTF flavors have given us. Get ready to taste a whole new world below.

Fans of Harry Potter are in for a real treat with Yuengling’s latest, as its new Butterbeer flavor is a direct ode to the beloved series. Originally dreamed up by JK Rowling herself as a popular, fictional brew among wizards that’s described as “a little bit less-sickly than Butterscotch,” the new IRL vanilla and butterscotch swirl frozen version sounds magical, indeed. (Photo via Yuengling’s Ice Cream)

The ice cream equivalent of Kellogg’s Frosted Flakes, Frozen Flakes is made with cereal-milk ice cream (you know, the sweet pink stuff), and “crisp cereal swirls.” (Photo via Ben & Jerrys)

Having just launched in January, the verdict’s still out on whether or not this one’s a keeper: Then again, with caramel ice cream, almonds, fudge-flakes, and caramel bourbon swirls (with minute levels of alcohol), how can one ever go wrong? (Photo via Ben & Jerrys)

We thought we’d seen just about every candy under the sun when it came to our favorite frozen guilty pleasure, from Reese’s Peanut Butter cups to Oreo cookies and Snickers, but Edy’s proved us wrong with its ROLO release: a mixture of vanilla, caramel, and real mini ROLOS. YOLO! (Had to.) (Photo via Edy’s)

Edy’s takes the notion that maple syrup is for breakfast-time only and flips it on its head, offering it up as a post-meal dessert, instead. Made with 100 percent real Vermont syrup and crunchy toffee pieces, it sounds like it might be worth the wait. (Photo via Edy’s)

Apple pie isn’t just for the holidays (just ask Oreo). Described as a light “sweet cinnamon” with REAL apple and pie pieces, Edy’s Washington Apple Pie gives you the feel of Mom’s home cooking without even trying. (Photo via Edy’s)

Made with roughly five percent alcohol, you now can get your buttery Chardonnay fix in the form of a smooth and creamy raspberry-filled treat .Thanks, Mercer’s Dairy. (Photo via Mercer’s Dairy)

Not only can you get wine ice cream, but you can get a sparkling wine ice cream. Is this real life? Available in strawberry or lemon, this fizzy Prosecco-based cream is paired with Meyer lemon and bits of lemon zest. (Photo via Mercer’s Dairy)

We like goat cheese and we like red cherries, but goat cheese and red cherries ice cream? Yes, indeed! The gold folks over at Jeni’s describe this as a “scoopable cherry cheesecake,” and having absolutely no frame of reference whatsoever, we guess we’ll have to take their word for it. Oddly enough, even thinking about the combo is enough to have our mouths watering… perhaps it’s that promise of sweet and tangy that this matchup is sure to deliver? (Photo via Jeni’s)

Made with real, barrel-aged, distilled whiskey, this is no novelty ice cream: Word on the street is that it has a rather strong taste of the spirit, along with butterscotch, honey, and, of course, pecans. (Photo via Jeni’s)

No need to add any extra, messy, liquid ingredients to get the perfect root beer float — Yuengling’s has already done the work for you, transforming the flavor into an ice cream solid. (Photo via Yuengling’s Ice Cream)

Despite the floral taste you might expect from an ice cream with lavender at its core, this is described as “intensely fruity,” thanks to orange oil and brambled berries. (Photo via Jeni’s)
Nicole Briese
Nicole is the weekend editor for Brit + Co who loves bringing you all the latest buzz. When she's not busy typing away into the wee hours, you can usually find her canoodling with her fur babies, rooting around in a bookstore, or rocking out at a concert of some sort (Guns N' Roses forever!). Check out all her latest musings and past work at nicolebjean.com.
Comfort Food Recipes
Dessert Recipes
Comfort Food Recipes Dessert Recipes Ice Cream
The Conversation