Stop Everything: It Appears Beyoncé Has a Secret Snapchat 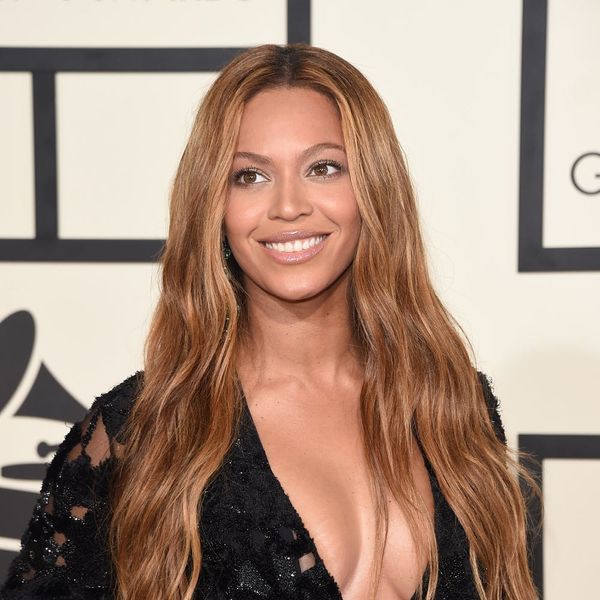 Beyoncé can do anything and everything. Or, at least, it seems that way. She can throw epic fairy birthday parties, master “sacred” lemonade recipes and single-handedly bring colors back into style. Her domination knows no bounds — and that includes the world of social media. But while we might think that Bey is particularly quiet on one mega-popular platform, Snapchat, it turns out that she may have a secret account after all.

Beyoncé’s mom, Tina Knowles, posted a pic to Instagram showing her face morphed with her famous daughter’s while Bey sings “The Message” by Grandmaster Flash. Tina added the caption, “My Baby… Beyonce sent me this. It’s really cool ! I have to learn to do this… her face and my face together. Her voice coming out of my mouth. Or maybe it’s her mouth! Hell I don’t know… Really weird…”

Aww, mom and daughter, how sweet. But wait! If Bey is sending her mom a video that is clearly a Snapchat filter… does this mean? Could this be? Yes, Queen Bey most likely has a secret Snapchat account. OMG.

Tina also added, “No Snapchat!! Seriously!!” but it’s kinda hard to tell if she was denying that Beyoncé has an account or just telling Snapchat that this feature is just too creepy for her liking. Granted, our diva could have used someone else’s account to try it out and create this pic, but it’s much more likely that savvy Bey has a stealthy social media presence, which is just so her.

If only she would be friends with us!

Desiree O
Desirée O is a ‘Professional Bohemian’ who loves anything and everything related to the arts, entertainment, and pop culture. She ADORES being a ‘Newsy’ for Brit + Co, covering all of the latest tidbits of awesomeness that you want to read about. When she’s not writing, she’s either making messy art, going on long adventurous walks with her camera, or poking around over at bohemianizm (http://www.bohemianizm.com/). You can find out about Desirée O and her work at http://DesireeO.com/ or follow her on Twitter @DesireeO.
Beyonce
Celebrity News
Beyonce Snapchat
More From Celebrity News