Binge-Sleeping Could Be Hurting Your Creativity 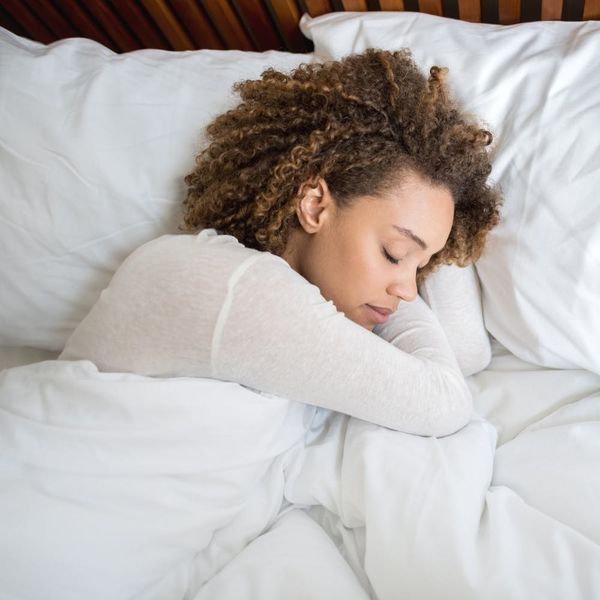 We’ve stocked our cabinets with the best foods to eat for a better night’s sleep, invested in hair treatments to help us maximize our beauty sleep, and we’ve even experimented with a sleep app to help us snooze easier. But sometimes our schedules just don’t line up with catching plenty of zzz’s, whether it’s because we’re stuck with an extra work shift or we’re midway through a Netflix binge. Plus, we can always catch up on sleep later, right? New research says it’s not that simple.

According to a new study published in the Journal of Interior Design, irregular sleep schedules — think skimpy sleep for a few nights, followed by a marathon snooze session — can negatively affect a young person’s creativity. Researchers from Baylor University’s Sleep Neuroscience and Cognition Laboratory conducted a study on 28 undergraduate women who were enrolled in an interior design program. The researchers equipped them with fitness trackers, tested their cognitive abilities before and after the study, and also asked them to keep a sleep diary. They discovered that these women were not only overestimating how many hours of sleep they got each night, but they were sleeping for fewer than seven hours at least three nights a week. The National Sleep Foundation recommends 7-9 hours of sleep per night.

But the most significant research came from the results of their cognitive tests. The researchers found that many of the students cycled between nights of short sleep duration and long sleep duration (or binge-sleeping). Study participants who experienced this “night-to-night variability” in sleep saw their cognitive scores (AKA their creativity) drop. But there is a silver lining! According to the study, sleep variability did not affect the study participants’ prospective memory.

The results from this study could challenge the way we think about generating creative work. While you might be tempted to stay up all night for a flash of brilliance, this study proves that your time might be better spent dreaming. So, ladies, start catching up on sleep… and maybe sneak in an afternoon nap or two. Hey, get those creative juices flowing!

How many hours of sleep do you get a night? Tweet us @BritandCo and let us know!

Angela Velez
Angela is an MFA Fiction candidate at the University of Pittsburgh. You can find her reading obsessively, wandering bookstores and watching melodramatic television.
Sleep
Health
Sleep study
More From Health