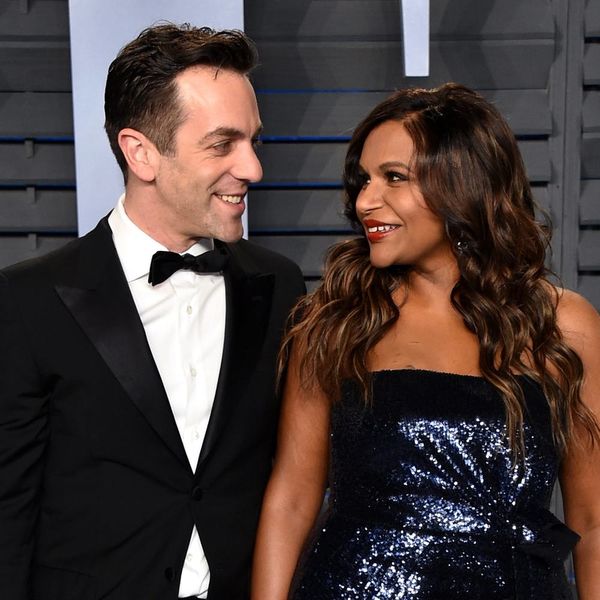 Fans have been in love with Mindy Kaling and BJ Novak’s friendship ever since they costarred as Kelly Kapoor and Ryan Howard on The Office. They dated on and off for a while, but now they’re just BFFs — or so they say — who support each other’s careers, hang out all the time, and take amazing photos together.

Earlier this week, Kaling thrilled fans when she brought Novak as her date to the Vanity Fair Oscars party. And today, he added fuel to the flames by showing her some love on social media to celebrate her role in Disney’s highly anticipated A Wrinkle in Time movie.

The actor took to Twitter on Friday to share a pic of a bus stop shelter displaying an advertisement for the movie. The image on the poster — a close-up of Kaling in character as the magical Mrs. Who — is stunning. But for Novak, it had an extra-special meaning.

“When I met @mindykaling she lived in a small apartment on Fairfax Ave,” he wrote. “This is what’s in front of that building today. Congrats Mindy and a future congrats to all those who see you in it and are inspired to do great things. @WrinkleInTime.”

When I met @mindykaling she lived in a small apartment on Fairfax Ave. This is what’s in front of that building today. Congrats Mindy and a future congrats to all those who see you in it and are inspired to do great things. @WrinkleInTime pic.twitter.com/tGpwA9mBsQ

Fans immediately responded to his message with pleas for the two to fall in love and get married.

Please just say you like LIKE her and are together and give us all a W on this Friday.

FOR THE LOVE OF GOD MARRY EACH OTHER ALREADY I'M DYING

Kaling herself has admitted that her relationship with Novak is “weird as hell.” Back in June 2015, she told InStyle, “He is not my boyfriend, but he is not my best friend. I guess you could describe our relationship as a ‘romantically charged camaraderie with loud arguments,’ but I don’t think Facebook would accept this as a new status.”

How much do you love Mindy Kaling and BJ Novak’s friendship? Let us know @BritandCo!