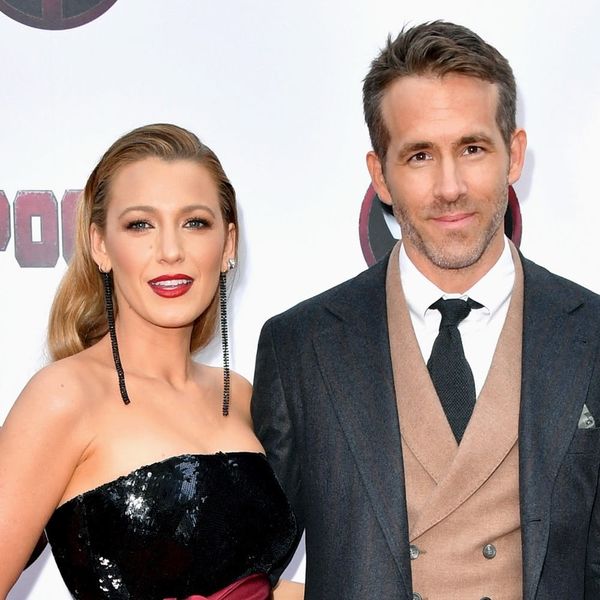 Blake Lively and Ryan Reynolds never miss an opportunity to perfectly troll one another, but the Deadpool 2 actor’s latest zinger may have backfired, as it came with a confession that actually had us in complete awe of his amazing wife.

While promoting her upcoming new film, A Simple Favor, Lively, 30, took to Twitter to share its official teaser trailer alongside a very cryptic message that included slew of emojis — three black hearts, two red question marks, a martini, and a shushing face, to be exact. But what did it all MEAN?

As it turns out, the secrecy was just too much for her hubby to handle. He publicly called her out Twitter, revealing a rather amazing detail about the birth of one of their daughters, .James and Inez, in the process.

“You can tell me,” he wrote. “We’re married. You once drove me to the hospital when you were giving birth. So… what the f*** happened to Emily?”

You can tell me. We’re married. You once drove me to the hospital when you were giving birth. So… what the fuck happened to Emily? https://t.co/W5vWQI9TVr

Wait… what?! The former Gossip Girl got behind the wheel while in labor to drive her man to the hospital? Given the pair’s hilarious history (Reynolds did play Marvin Gaye’s “Let’s Get It On” in the delivery room and Lively has admitted to multitasking behind the wheel and pumping breast milk while driving), we certainly wouldn’t put it past them.

While the RL Emily didn’t give us any confirmation or denial, she DID respond to Reynolds’ Tweet with a perfectly phrased one of her own: “Oh darling,” she wrote. “Of all the secrets I’m keeping from you, this should be the LEAST of your concerns… trust me.”

Oh darling, of all the secrets I’m keeping from you, this should be the LEAST of your concerns… trust me.

Do you think Lively really drove while in labor or is her hubby trolling? Tweet us @BritandCo.