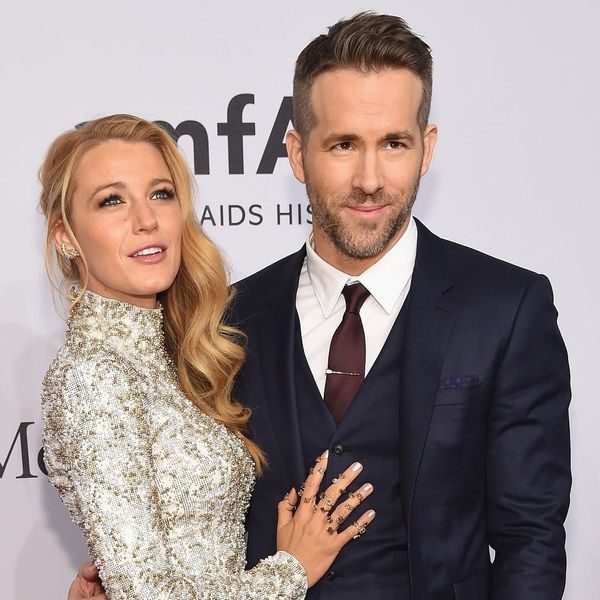 Fact: Blake Lively and Ryan Reynolds have two kids, Ines and James. Here’s another fact: They have a pretty good sense of humor about being parents. We were reminded of this in a new video Lively made with designer Michael Kors for Glamour’s web series “Glamour Games.”

In the clip, Kors and Lively play Fact or Fiction, wherein one tries to guess if the other’s claim is made-up or unbelievably true. All bets are off when Lively throws this nugget out there: “My husband played “Let’s Get It On” while I was in labor.” Kors replies, “That’s my favorite song, so I’m just going to go with yes!”

While it seems too odd to be true, the actress reluctantly admits that, yes, it’s a fact. “My doctor was laughing so hard that I thought she was going to drop our baby,” Lively tells Kors, in a tone that suggests she didn’t exactly approve of her husband’s song choice.

Reynolds can attest to that. In a recent interview with Seth Meyers, he recalled what happened when he played the (wrong) mood-setting song in the delivery room. “It was like steak knives came out of her eyes.”

It was all good, though. Despite her labor pains, Reynolds said, “She was, pretty much, making jokes the entire time.”

Obviously, they’re a good match, but they might need a new baby-making song, now that the old one is reserved for baby-having. Any suggestions?

What do you think of Ryan Reynolds’ choice of delivery songs? Let us know @BritandCo!

Rachel Davies
Rachel Davies is a writer, curator, and editor. Apart from writing, Rachel loves to read, take Greyhound buses, and drag her friends to museums every weekend. You can find Rachel over on Twitter @rachelcomplains.
Celebrity Baby
Music
Celebrity Baby Music
More From Music