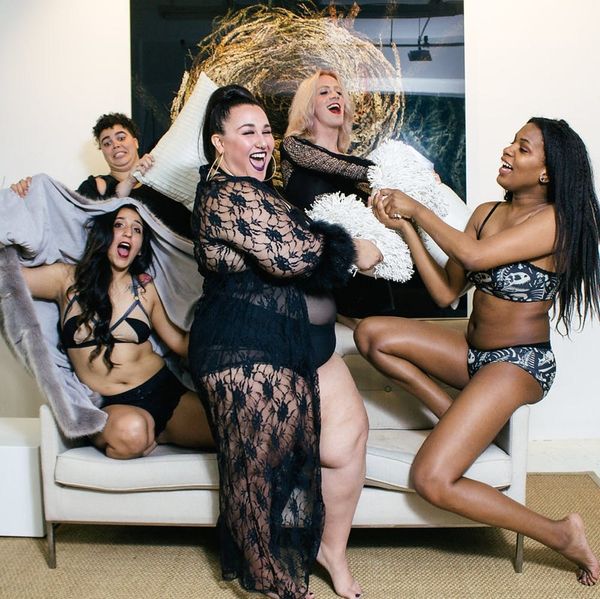 It can be difficult to look at ads for mainstream lingerie companies like Victoria’s Secret and actually imagine oneself wearing the underwear they sell. The dramatically lit, obviously photoshopped images seem to not only to sell underwear but to sell one specific type of body as desirable. Lingerie advertisements also adamantly reinforce archaic gender stereotypes with a constant push of the need for a flawless body for women, while the same isn’t seen in ads for men. When Jeanna Kadlec, the founder of Bluestockings Boutique, realized how urgent the need was for a queer-friendly, body inclusive underwear shop, she took it upon herself to start one.

Kadlec was four years into an English Ph.D. program at Brandeis University when she dropped out to start Bluestockings, an online boutique dedicated to selling underwear presented in a way approachable to queer people. Without any experience in retail, apart from stints as a sales clerk during high school and after college, Kadlec dove into operating her new business with a soft launch in April 2015, and a grand opening in June of that same year.

Kadlec maintains every part of the business, from running the blog and social media to the actual product sourcing. While it may not seem like an obvious transition, she maintains that her time in academia has served her in her operation of the shop.

“My academic work particularly comes into play in my use of language, specifically around gender and sexuality,” Kadlec tells Brit + Co. “Because I taught on gender and sexuality, I had access to — was surrounded by — particular ways of thinking and speaking about queer folks that are more thoughtful and considerate than you usually find in the mainstream.”

This skillful use of language covers more of Kadlec’s business than you might think. She realizes that the copy in each item’s listing, the boutique’s social media accounts, and the carefully written posts about lingerie and pop culture featured on the boutique’s blog are all essential in making her customers comfortable.

“I don’t use buzzwords about body positivity, I talk explicitly about gender conformity, about LGBTQ+ rights, about the representation of Black bodies in lingerie advertising.” She says. “I talk about the privilege it takes to even start a business in the lingerie industry, about how it was easier for me as a femme-presenting white woman.”

The context that Kadlec places her products is precisely what makes the business so unique. Kadlec ensures that all of the photos on the site represent a broad range of people. Instead of relying on models to show off her wares, Kadlec sources “real people” from social media for shoots, too. She makes sure that the photos she uses to market the underwear she sells don’t give the impression of only one “right” type of body, size, or gender expression.

“[Customers] are drawn to what they connect with,” Kadlec explains. Kadlec believes that her understanding of people’s need for human connection has proven more useful in running Bluestockings than any formal business training could be.

As the boutique approaches its third anniversary, it’s hard not to wonder where Kadlec finds the energy to run a business at every intersection. But her answer is straightforward.

“Call it my Midwestern stubbornness, or the fact that I’m a Capricorn, or that I grew up working class and am proud of the fact that I’ve had to scrap for every dollar,” she says, “but I just don’t like failure.”

Do you have any thoughts about the mainstream lingerie industry? Tell us everything @britandco!

Rachel Davies
Rachel Davies is a writer, curator, and editor. Apart from writing, Rachel loves to read, take Greyhound buses, and drag her friends to museums every weekend. You can find Rachel over on Twitter @rachelcomplains.
Every Body
Diversity
Every Body inclusivity LGBTQ Plus Size
More From Diversity