The 12 Most Buzzworthy Labels to Watch During Fashion Week 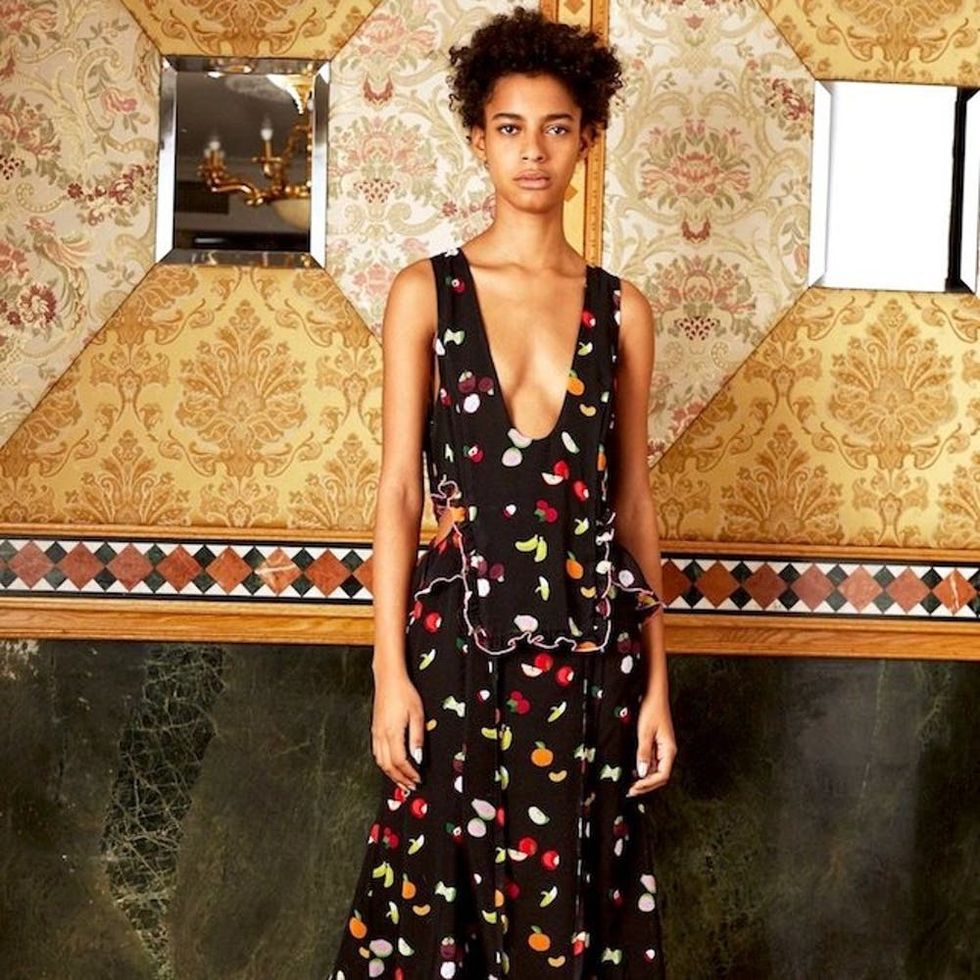 A lot goes on every season during New York Fashion Week (Month), from the endless supply of street-style inspo to the celebrity sightings to the runway shows that turn into spectacles. It can be hard to know where to focus your attention. But if you’re interested in the actual fashion coming out for the Spring 2018 season, we’ve got you covered. Ahead, we’ve put together a list of the 12 brands you should definitely watch this upcoming season. Consider this your fashion insider cheat sheet.

1. Linder: The New York-based label debuted their first full womenswear collection last season, complete with irreverent takes that included denim trumpet gowns, waxy glen plaid blazers, and ladies’ jeans with a little extra, er, material, in front. While some of it was perceived as inconsistent, there were definite standout stunner items in the lineup, and you’ll certainly want to see what they’ve got on tap next. (Photo via Linder)

2. PH5: Founded by Wei Lin in 2014, this NYC contemporary brand is redefining the concept of knitwear. Their colorful and innovative designs include details like cutouts, mixed materials, and deconstruction, and go way beyond basics. With Spring 2018 collections on the horizon, keep an eye on PH5 to see how they continue to reinvent the idea of sweater weather. (Photo via PH5)

3. Ganni: Based in Denmark, fashion-girl favorite Ganni focuses on creating effortless but slightly offbeat designs. Since its inception, the line has been picked up by all the retail biggies, including Shopbop and Net-a-Porter. Watch for their signature feminine/cool mash-up to carry into spring. (Photo via Ganni)

4. Rarely: Spanish casualwear destination Rarely specializes in cheeky sayings, with tees featuring graphics like “Ninja Banana,” “Penne Arrabiata,” and “Safe Sex Is Hot Sex.” If you’re into brands like Wildfox or Wildfang, you’re going to want to keep tabs on these guys. (Photo via Rarely)

5. Orseund Iris: Newbie Alana Johnson launched Orseund Iris with the goal of offering vintage-inspired, “season-less” clothes that cool girls go crazy for. She riffs off of basics like bowling shirts and corsets and has already caught the attention of It girls like Emily Ratajkowski. (Photo via Orseund Iris)

6. Saks Potts: This Copenhagen-based brand is known for their quirky color mash-ups and playful but luxe vibe. Look for them on high-end e-tailers like FarFetch and MyTheresa, as well as adorning the street-style set this upcoming season. (Photo via Farfetch)

7. Sies Marjan: All of three seasons old, NYC-based luxury label Sies Marjan is the brain child of Dutch creative director Sander Lak, formerly of Dries van Noten. The bold, colorful line became an instant editor fave upon the debut of its first collection (which Barney’s purchased immediately), so keep your eyes peeled for the next installment of its eclectic energy. (Photo via Sies Marjan)

8. No. 21: Italian designer Alessandro dell’Acqua’s latest undertaking mixes feminine with masculine elements and has landed on pretty much every major contemporary retailer’s roster. You’ve likely spotted his satin bow shoes (or the thousand knock-offs they launched) somewhere along the way, so stay tuned to this label for the next big thing. (Photo via No. 21)

9. Mansur Gavriel: Their much-anticipated Fall Ready-to-Wear hits stores any day now and the fashion world is abuzz with anticipation. If you’re already a fan of the beloved bucket bags and other minimalist accessories, mark your calendar for the next wave of Mansur mayhem. (Photo via Mansur Gavriel)

10. Sandy Liang: Downtown NYC designer Liang is finally getting substantial traffic due to giants like Shopbop and Saks picking her up this year. Look for bigger names to be in attendance to check out her upcoming collection for Spring/Summer 2018. (Photo via Sandy Liang)

11. Calvin Klein: Having debuted his first collection at the helm last season, Raf Simons was cheered on by many noteworthies, including Millie Bobby Brown, Sarah Jessica Parker, Kate Bosworth, Naomie Harris, and A$AP Rocky. Curious to see how his vision for Calvin evolves? So is the rest of the fashion crowd. (Photo via Calvin Klein)