#MeToo Has Come for Brett Kavanaugh, But the Circumstances Could Drown Out the Allegations 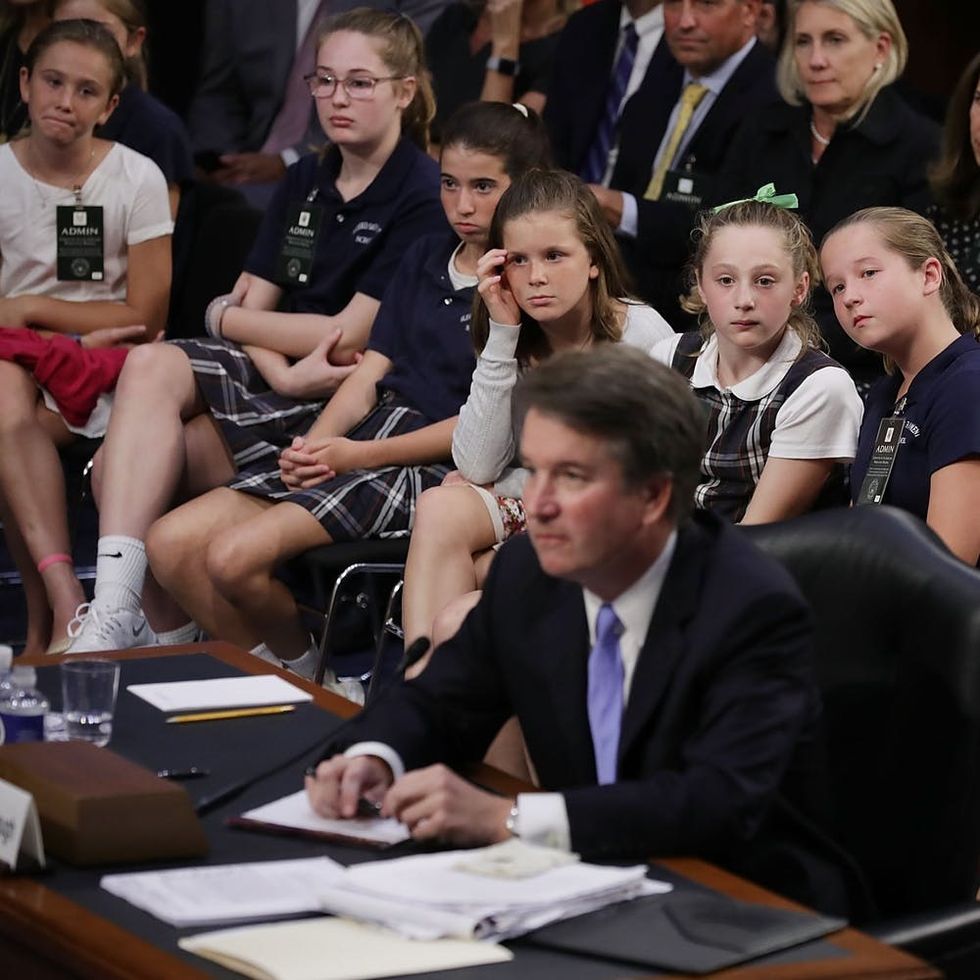 Less than a week before the Senate Judiciary Committee is set to vote on Kavanaugh’s appointment, the New Yorker reported Friday morning that a sexual misconduct allegation has surfaced against President Trump’s controversial nominee. The details surrounding both the allegation and the way it was handled by congressional Democrats could raise new contention in an already tense SCOTUS confirmation.

Reporters Ronan Farrow and Jane Mayer write that, on Thursday, Senator Dianne Feinstein revealed that she had received a complaint about Kavanaugh in July, shortly after President Trump announced the judge’s nomination. The complaint, which concerned an alleged incident from the early 1980s, was reportedly sent to Feinstein’s office by a woman who had encountered Kavanaugh when they both were high school students at neighboring schools. (The woman also sent the letter to her congresswoman, Democrat Anna Eshoo.)

“That individual strongly requested confidentiality, declined to come forward or press the matter further, and I have honored that decision,” said Feinstein. Feinstein also said that the complaint had been forwarded to the FBI for investigation.

According to the New Yorker, the woman described being with Kavanaugh at a party. There, she alleged, Kavanaugh tried to force himself on her. She wrote that he held her down and covered her mouth with his hand to muffle her protests. She further alleged that a friend of Kavanaugh’s was also present, and that he and Kavanaugh turned up the music that was playing in the room in order to further drown out her pleas.

The New Yorker article goes on to read: “Although the alleged incident took place decades ago and the three individuals involved were minors, the woman said that the memory had been a source of ongoing distress for her, and that she had sought psychological treatment as a result.”

Kavanaugh firmly denies that the alleged events ever took place, and it remains to be seen whether the specter of #MeToo will become a determining factor in his confirmation. In any event, both Republicans and Democrats are wondering why Feinstein withheld information about the allegation until now.

A source told the New Yorker that Feinstein’s fellow Democratic members of the Senate Judiciary Committee weren’t briefed on the allegation until Wednesday. While other sources said that Feinstein was concerned about protecting the accuser’s privacy, some congressional Democrats are still reportedly puzzled over Feinstein’s decision to keep the allegation under wraps for nearly two months.

The FBI, meanwhile, released a statement saying that the Bureau didn’t receive the report until Wednesday night.

Kelli Korducki
Kelli is Brit + Co's Senior News Editor. Her interests include sensible footwear and glasses that take up 25 percent of her face.
Controversy
Politics
ControversyPolitics