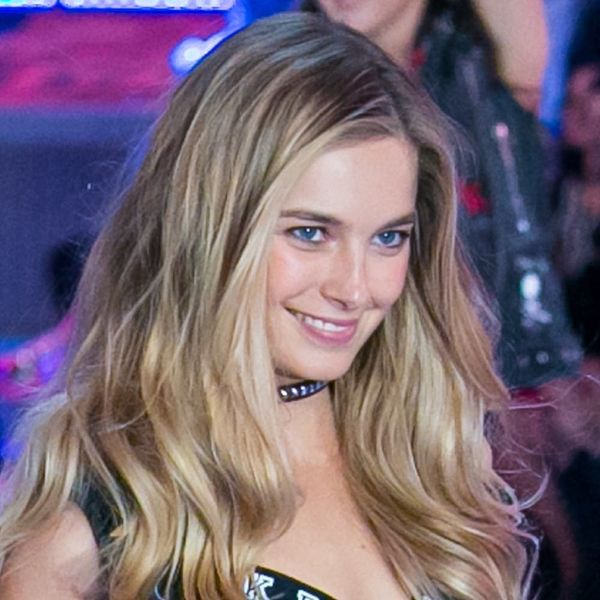 For all our positive movement on the body positivity front, body shaming is alive and well, affecting women and men of all sizes and shapes — even ones that are hailed as “perfect.” Take Bridget Malcolm, for instance. The 26-year-old model might be strutting her stuff in lingerie on the runway for Victoria’s Secret, but she’s not immune to physical critique from others.

As she shared via a blog post titled “Body Shaming on Set,” Malcolm recounted one of the worst experiences she’s ever had at a modeling shoot, where she says she was shamed by multiple women, who ogled at her stomach, asked her to hide her hips, and ignored her out of scorn.

“…I had one lady refuse to look me in the eye, choosing instead to address my stomach with a sneer (I was shooting swim). I addressed her, smiled, and she didn’t even look away from my stomach, let alone respond to me beyond mono syllables,” she wrote.

It only got worse from there, with the model detailing the brow-raising treatment she received, being asked to “make my ribs show more whilst shooting, suck in my gut, and tied a sarong around my hips, to ‘hide them’. I got a high school level b*tchy up and down when I came out of the changing room (every single one of my 10 shots), and another woman just didn’t even register my presence.”

Malcolm is far from the first model to be shamed on set: Back in May of last year, size 2 runway strutter Ulrikke Hoyer shared her story of allegedly being fired by Louis Vuitton for being “too big.”

Still, the incident affected her deeply, with Malcolm not only forgoing lunch on set that day, but taking several months to get back on her road to recovery, which began with a panic attack over the photo below. “I thought my arms were fat,” she admitted.

This photo was taken a few days before my first anxiety attack, and a few months before the story told in my blog post today. I was terrified I was gaining weight in this picture. I thought my arms were fat. But it was that first anxiety attack that woke me up, and forced me to start my journey towards health. Out of the problem precipitates the solution. The story today (link in bio) set me back a couple of months in my recovery. I truly hope that the women involved in my story find their peace. I can’t imagine how much pain you must be in to set out to hurt and shame another young person like that. You never know the story behind someone’s eyes. So we should always love and respect. #idictatemyroad

As a result, she says she was forced to take a step back and reevaluate.

She’s come a long way since then, accepting her body, gaining weight “and not giving a f*ck about it,” and sharing her story in an effort to help others going through the same thing.

“Today, make the effort to let go of your body hang ups,” she wrote. “It will take time, but let yourself find what is right for you. No more trying to fit someone else’s f*cked up mold. Destroy it and take up your own space in the world.”

What do you think of Bridget’s story? Share over @BritandCo.

Nicole Briese
Nicole is the weekend editor for Brit + Co who loves bringing you all the latest buzz. When she's not busy typing away into the wee hours, you can usually find her canoodling with her fur babies, rooting around in a bookstore, or rocking out at a concert of some sort (Guns N' Roses forever!). Check out all her latest musings and past work at nicolebjean.com.
Body Positive
Beauty News
Body Positive Celebrities
More From Beauty News