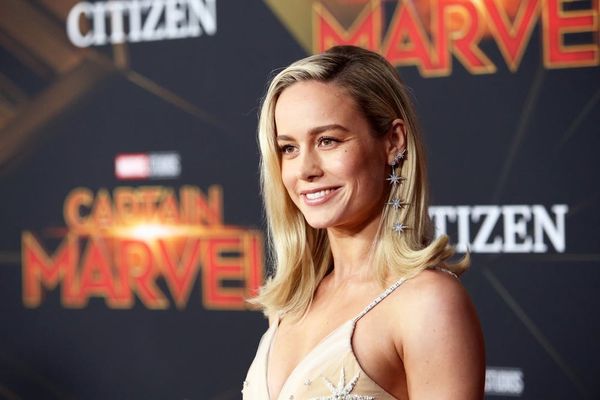 Brie Larson is putting the “her” in hero. The actress’ turn as Captain Marvel will mark the first Marvel Cinematic Universe movie to be led by a woman, which is a big milestone both symbolically and, for Larson, personally.

“I don’t know if I’m just tired but I feel like I’m going to cry. It’s been a couple of years of working on this movie,” Larson told People at the LA premiere of the film on Monday, March 4. “Carol [Danvers] changed my life and the movie hasn’t even come out yet.”

In the film, Larson plays Air Force pilot Carol Danvers, whose alter-ego is the superhuman-strong, high-flying Starforce recruit. The actress trained hard for the role at the Nellis Air Force Base in Nevada, and found herself transformed both physically and emotionally.

“In particular, getting strong, learning how to stand my ground, own myself, and value my voice,” she told People. “Those are things that I learned from her. I’ve been very open about the fact [that] I’m an introvert, I have asthma, and I was able to push myself further than I thought possible. I’m excited to share her with the world.”

The impact of Larson’s depiction of the superhero on the big screen has reached other people, too — including, notably, one 8-year-old girl who donned a full Captain Marvel costume to meet the actress at the London premiere. It’s not unlike the effect we saw Gal Gadot’s Wonder Womanhave on a whole new generation of children. We can only hope this is just the start of more to come.

RELATED: These ‘Captain Marvel’ Character Posters Are Out of This World