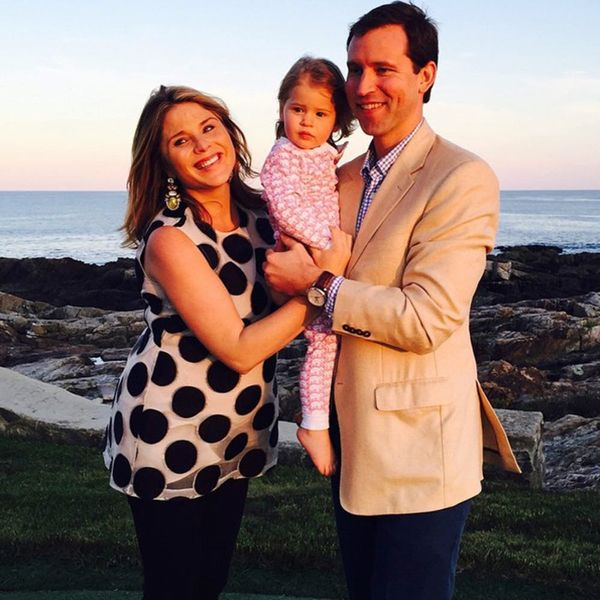 The baby name of 2015 appears to be shaping up to be Poppy, at least for celebs. After designer Nate Berkus and husband Jeremiah Brent gave their daughter the floral name this spring another set of parents just donned their new addition the same one. World, welcome Poppy Louise Hager, daughter of Jenna Bush Hager and granddaughter of former President George W. Bush and former First Lady Laura.

Today correspondent Jenna Bush Hager and her husband Henry Hager shared news of their latest arrival on the morning talk show Friday. Poppy was born in New York on Thursday, August 13 and received a full name that carries a touching tribute with it.

Joining two-year-old big sis Mila, who’s named after her grandmother, Poppy’s name also is a packed with family honoring as well. “Poppy is named after Jenna’s grandfather, George Herbert Walker “Poppy” Bush, aka Gampy. His nickname growing up was Poppy, and we are proud to name her after a man we so adore,” Hager told People. The naming tribute doesn’t stop there for Poppy though, as Hager continued, “Louise is in honor of our grandmothers’ middle names, Louise and Lewis. Mom and Poppy are healthy and well.”

Congrats to the happy parents and presidential grandparents! And a job well done on a creative way to honor your family with those names.

Do you love the name Poppy Louise? Let us know in the comments.