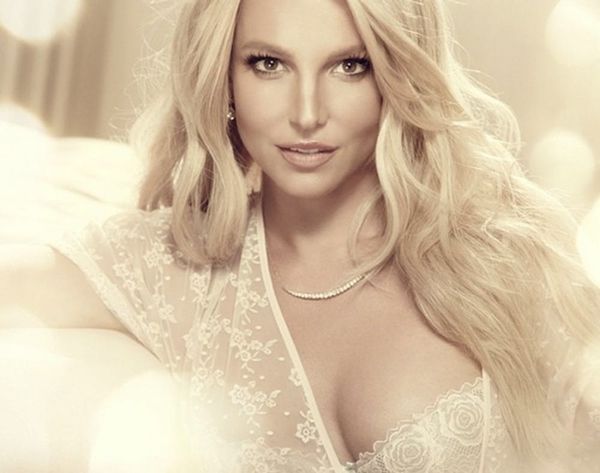 The ‘90s, early ’00s pop fan inside all of us is literally freaking out over this news: Britney Spears is launching a lingerie line. We should’ve totally seen this coming for the last decade or so… I mean, the Princess of Pop’s most iconic look involves a bejeweled nude bodysuit. At one point in our lives, (the point when we were mastering her video music dance moves at the chagrin of our folks) she was the ultimate sex symbol. We’ve watched as Britney experienced life’s ups and downs, but there’s no one on Earth who’s had a bigger comeback. And we’re loving this next creative step.

Ever since BritBrit posted a pic to her Instagram revealing the launch of The Intimate Collection, we’ve been counting down the days ’til it’s available in September. Aside from the two exposed ‘grams, we can only imagine what the collection will include, but in our mind we’re envisioning lots of bodysuits and corsets to complement the rather demure sneak peeks Britney has shown us.

So in honor of Britney B*tch, here are seven of her most memorable looks we hope to see included in her new collection, in some form or another.

1. Nude Bra + Rhinestones: At the MTV Movie Awards in 2000, Britney rocked a — sorry, THE embellished nude bra and pant getup hiding under a suit. Hopefully, this is our chance to snag that bra… even if just to keep in our lingerie chest or hiding under our own unsuspecting blazer. (Photos via Digital Spy + GlamAmour)

2. Slave (4 U) Wrap Bra: You may have totally overlooked this top, due to the fact that Brit was carrying a snake around her neck as an accessory, but we love the strappy wrapped look from the 2001 VMAs. We’re hoping something this bold is included, sans snake. (Photos via International Business Times + MTV)

3. Lacey Bridal Corset: We’d be shocked if there wasn’t something for brides in Britney’s collection. (After all, she has some experience in that area…) Perhaps the 2003 VMA performance with Madonna and Christina was the inspo for the lacy white look above! (Image via Britney Spears)

4. LBLD: We’d be okay with a little black lace mini dress or the sexy black skivvies underneath. Either way, the Dolce + Gabbana lace number she sported in 2001 was definitely iconic and by her first ‘gram, we can see that there’s a black high-waisted brief with a matching bra set. Britney: gimme moooore! (Images via Elle + MyDaily)

5. More Rhinestones, pls? The epic number from the “Toxic” video must be included in Britney’s Intimate Collection. It just must. Maybe it could be recreated for us regular, non-music video starring in gals as rhinestone-flecked tights or sheer undies? We’d bet it be a serious crowd-pleaser… and by that, we mean it’d sell out quickly.

6. Circus Bodysuit: This beautiful one-piece made its debut along with Britney at the Planet Hollywood Casino in Las Vegas last December. We’re wishin’ and hopin’ that there will be some sort of show-stopping bodysuit in the mix. And a pair of fishnets, but that’s a given. (Image via MultiVu)

7. Red Latex Bodysuit: While we’d seriously doubt she’d include a red latex turtleneck bodysuit, we’re hoping she nods to this look in the collection somewhere (anywhere!), even with a hint of this candy apple red. (Image via Buzznet)

What iconic looks do you hope to see reincarnated in the Britney Spears intimates collection? Sound off in the comments!

Rachel Sumner
Rachel is a Contributing Editor at Brit + Co and the founding editor of lifestyle blog, SADIERAE + CO. While her background is in fashion and styling, she also loves all things creative, cooking, traveling, binge-watching TV shows and giving piggy back rides to her golden retriever, Louie.
lingerie
Style News
lingerie