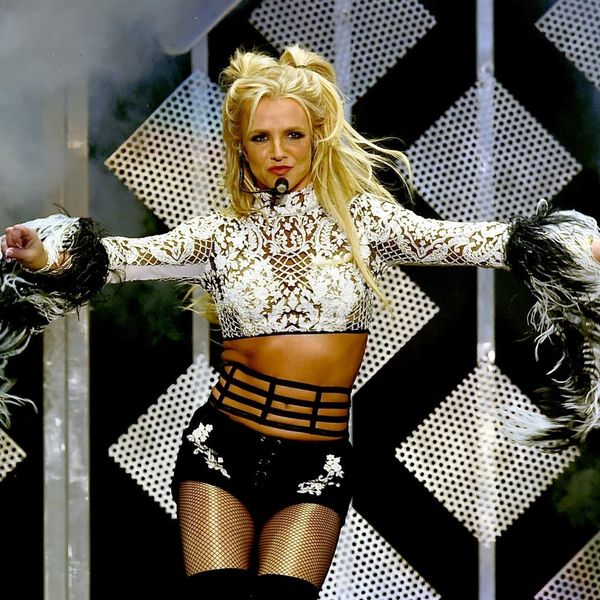 On Wednesday, April 3, Britney Spears shared an Instagram quote graphic that read, “Fall in love with taking care of yourself, mind, body, spirit.” She captioned the post: “We all need to take time for a little ‘me time.’ :)”

In this day and age, more and more of us are getting wise to the necessity of taking time for self-care during difficult moments. Likewise, there’s a growing consensus that it isn’t cool to speculate over another person’s mental health — proof that we, as a society, have done at least some much-needed growing in the last decade and change. But the insight we’ve been given on the circumstances of Spears’ retreat, from the artist herself, brings to light a common struggle that can be difficult for many of us to talk about, or even to address: the mental health impact of family illness.

Britney Spears announced an “indefinite work hiatus” in January. Her team separately told People magazine in a statement that Spears’ father, 66-year-old Jamie Spears suffered a spontaneous colon rupture in November 2018, after which he spent 28 days in the hospital and nearly died. In light of her father’s health crisis, Spears decided to cancel her new Las Vegas show, Domination, to focus on her family. “We’re all so grateful that he came out of it alive, but he still has a long road ahead of him,” she wrote in an Instagram post.

There’s a lot of research on what the mental health community calls the “spillover effect” of sickness on relatives. The most discussed and studied example of the spillover effect is known as the “caregiver burden,” which accounts for the array of psychological and economic challenges that can confront individuals responsible for taking care of a loved one who’s seriously unwell. Less discussed, but still very real, is the psychological spillover effect of family illness on non-caregiver relatives.

In a report of 2012 survey results, researchers from the US Department of Health and Human Services noted that, while we generally recognize that the spillover effects of family illness “can be substantial,” it’s important to look at the experience of non-caregiving relatives too. The struggles of these family members are, in turn, “noted to exist but may not be fully recognized.”

Having a loved one with a chronic or life-threatening health condition will affect different people in different ways, depending on the nature of the loved one’s health condition or the relationship itself. A 2009 HHS study found that the spillover effect was even greater, on average, among adults whose parents were sick with certain conditions (like arthritis and depression) than among adults whose spouses were sick with those same conditions.

For Britney and Jamie Spears, the sick-parent/adult-child relationship dynamic is more complicated than most. Since 2008, Britney has been under the legal conservatorship of her father (in addition to a lawyer, until he reportedly quit last month). From Britney’s finances to her career, Jamie gets the last word.

Though the Spears situation is distinct, everyone’s relationships with different family members are unique and nuanced. For this reason, it’s impossible to make assessments about what kind of an emotional reaction is “normal” for a non-caregiving relative of a sick person to have. And yet, it can be difficult to feel entitled to psychological distress when others in the family appear to be suffering even more, or even if it just seems like they should be. So much of mental illness stigma boils down to this: a lie that vulnerability must be earned.

In truth, mental wellness demands emotional honesty in the face of expectations — both from the world around us and the self-judgmental crannies inside our own heads. We shouldn’t need Britney Spears to remind us that it’s okay to take a little time for ourselves in order to better support the people around us. But it can’t hurt.