8 Ways to Budget Ahead for a Baby 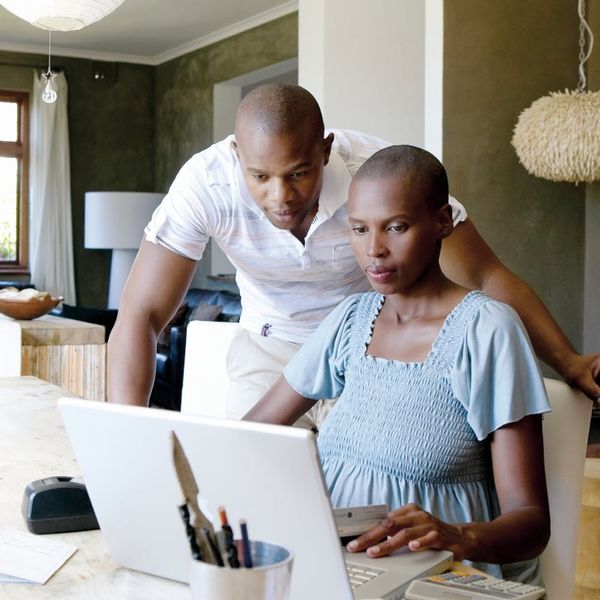 How much does having a kid really cost? If you’re going by the latest USDA figures, the average two-parent middle-income family will spend a total of more than $233,000 raising a single child. That’s only through age 17 (so it doesn’t include any college tuition or undergrad housing expenses, let alone post-grad support), and adjusting for projected inflation tacks on another $50K. Waiting until your little bundle is here to worry about the budget just won’t cut it. But even though it may seem like saving for a new baby is an impossibility, you’ve totally got this — regardless of your current income. Before the big birth day arrives, check out these simple steps you can take to budget for a baby.

1. Dedicate savings for childcare. Whether your tot will toddle off to daycare some day or you’re planning to nab a nanny pronto, childcare isn’t cheap. Along with other educational expenses, the USDA estimates it accounts for about a sixth of the total parenting budget. Starting a dedicated savings account while you’re still pregnant (or even earlier) can give you a head start that will cover the first few months (or even years) of care and education expenses. If you’re totally lost when it comes to predicting childcare costs, visit a few local centers to talk about pricing options.

2. Grab good deals now. You’re shopping for mint chocolate chip ice cream and potato strings (because that’s apparently what baby wants you to eat), and you spy diapers on sale for half off. Oh, and they have wipes too! Now’s the time to buy. Waiting until baby is actually here could easily mean paying full price for essentials because you can’t wait for a sale. The only exception is for food, formula, or anything else with an expiration date.

3. Rearrange your disposable income priorities. No one is saying that you have to change yourself or what you do just because you’re a mama. Okay, you may have to give up those late-night margarita parties at your BFF’s (at least for a few years) — but you don’t have to completely trade mani-pedis for baby carriers. Instead, rearrange your priorities to better suit a family budget. This might mean cutting down on your Starbucks habit, planning ahead how often you’ll dine out, or settling on just one streaming service so you can prioritize baby-related expenses.

4. Set spending hurdles. Instead of totally limiting how much you spend, set hurdles: mini-goals that you have to jump over before spending purely on yourself. What does this look like IRL? Let’s say you want to focus on preparing for daycare costs. When you reach your goal (or a fraction of the goal that you choose beforehand), you get to spend money on something that’s just for you! Then it’s off to the next hurdle (and the next reward).

5. Register well. Your friends and family want to shower you with gifts, which makes a registry the key to managing your new-baby budget. Forget about asking for super-fancy (and super-pricey) designer crib sheets and blankets. Chances are that a newborn diaper mishap will ruin them anyway. Instead, register for practical items that will deduct major costs from the genuine must-haves on your baby budget.

6. Sell what you don’t use. Baby gear takes up space. (Possibly much more space than you ever realized.) Instead of shoving everything you already own into closets or squirreling it all away in a crawlspace, sell what you don’t really need. The skateboard that your S.O. hasn’t used in years and your still-waxed skis that have pretty much never seen snow can go — and bring in some extra cash on their way out.

7. Cull your subscriptions. While you don’t need to give up anything you’re actually using — especially if it improves your health — it might be time to finally quit that gym you never seem to actually get to. Consider your monthly services and subscriptions, and cancel anything that you don’t actively use. If you consider your gym membership, box subscriptions, or second (third, fourth…) streaming service more of a charitable donation than something giving you your money’s worth, free up that monthly money for something more constructive.

8. Expect the unexpected. Creating a pre-birth baby budget isn’t an exact science, but even the most thorough list-makers sometimes fail when it comes to budgeting. While you may think that you’ve thought of absolutely everything, chances are that some sort of unexpected expenditure will pop up. But if you have a special stash designated for anything and everything that you didn’t think of before you had the baby, you won’t have to panic or try to figure out where else to pare things back.

Erica Loop
Erica Loop is a freelance writer living in Pittsburgh. When she's not busy creating kids' activities for her blog Mini Monets and Mommies, you can find her trying to hang out with her teenage son, being chased by her two Olde Boston Bulldogs or teaching a children's karate class (she's a third degree black belt!).
Adulting
Pregnancy
Adulting Budget-Friendly Family Money New Moms
More From Pregnancy