9 Reasons to Have a Baby Shower for Your Second Child 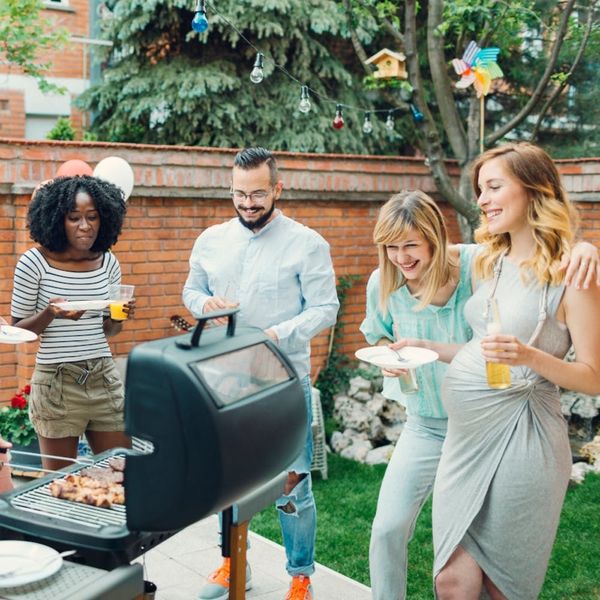 Once upon a time, you were an almost-mom who had absolutely no baby gear. Heck, you barely knew what half the baby gear was. But now that you’re a second-time-around mama-to-be, you have gear spilling out of every conceivable space in your once carefully planned nursery decor. Prepping for baby number one was filled with magical moments, new experiences, and all kinds of presents. But what about baby number two? While a baby shower is completely customary with the first baby, the second may not warrant the same attention. If you’re not sure whether to have a second-baby shower, check out the reasons to go ahead with a fab baby bash.

1. It’s a celebration. A baby shower is much more than a registry event. It’s a time to celebrate the new little bundle who is on the way. Whether it’s your first, second, or 14th baby, celebrating a new birth is always welcome.

2. Someone offers to throw a party.Asking for a second shower is a serious no-no. But if your BFF, SIL, or another friend/family member offers, it’s a totally different story. Turning down a party is like turning down a free new pair of shoes — and there’s no reason to do either. Accept the gift of a second shower and go ahead with the celebration.

3. Baby #2 is a different gender. When you told friends and family you were having a girl, you received a pile of pretty pink onesies for your first shower. Now you’re expecting a boy. Even though there’s no reason you can’t dress your soon-to-be son in shades of rose, it’s also okay if you want to collect a few mini baseball uniforms or train-covered sleepers too.

4. Everything is new and improved. Your first child may only be in preschool, but the baby gear world has apparently experienced a major technological revolution since then, which means those hand-me-downs you counted on are now less than functional. A baby shower gives you the chance to register for everything that’s now the new norm in baby products.

5. You’ve had a recent move. When you gave birth to your first baby, you lived in NYC. Now you’ve swapped coasts, thanks to a work relocation to LA. If your first and second births are in different cities, having a second shower isn’t totally unwarranted. Not only did you probably have to leave some of your old baby gear behind, but the move may mean that you have a new friend group full of people who want the honor of throwing you a shower.

6. You incorporate a charitable aspect to it. Instead of gifts, you can suggest that your shower guests give to a charity. Using the upcoming birth of the newest addition to your brood as part of a charitable giving event is a double-duty party that makes everyone feel good.

7. You’re having a joint shower. The birth of your second child coincides with your BFF’s, sibling’s, or coworker’s big baby debut. If the first-time mama invites you to have a joint shower, go ahead. This way your pregnant belly won’t steal your friend or family member’s thunder when you show up to their shower. A joint shower lets everyone ooh and ahh over both of you equally without anyone feeling offended.

8. The shower is a smaller party. A second-time-around baby shower (AKA a “sprinkle”) doesn’t have to be an all-out occasion. Instead of renting out an entire restaurant, hiring a caterer, or creating a registry that goes on for miles, it’s okay to have a mini-shower that’s more of a small celebration just for your nearest and dearest.

9. It’s an excuse for a day out. Like many other busy moms, you don’t have all the free time in the world to hang with your friends. But a shower is a chance to get out of the house, have a nice lunch (that you actually get to sit down and eat), wear something other than yoga pants, and gossip with your besties for a few hours.

Do you think a baby shower for a second birth is more of a do or a don’t? Tweet us @BritandCo.

From Your Site Articles
Erica Loop
Erica Loop is a freelance writer living in Pittsburgh. When she's not busy creating kids' activities for her blog Mini Monets and Mommies, you can find her trying to hang out with her teenage son, being chased by her two Olde Boston Bulldogs or teaching a children's karate class (she's a third degree black belt!).
Baby Shower
Pregnancy
Baby Shower Family New Moms Party Ideas
More From Pregnancy