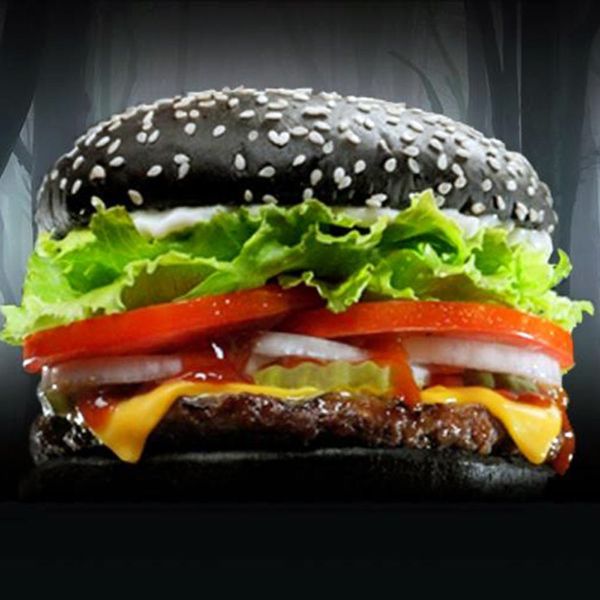 Halloween means plenty of things to a variety of different people. The first thing that comes to your mind when the October holiday is mentioned might be costumes. It very well could be the various spooky DIYs you can create. Or your mind may just wander directly toward the treats. Clearly fast food co Burger King knows delicious food is high on people’s Halloween thoughts because the franchise just debuted a devilishly good-looking take on the classic Whopper.

The A.1. Halloween Whopper is a take on the Japanese Burger King menu item that went viral, the Black Burger. While that burger consisted of black cheese, black ketchup and more, made with squid ink and bamboo charcoal, the Halloween Whopper is a little more traditional to the American Whopper (i.e. flame-grilled beef, melted American cheese, tomatoes, lettuce, mayo, pickles and white onions).

But how exactly does the bun get its dark, new color? The Halloween Whopper’s bun is baked with A.1.’s signature flavor, smoky black pepper, to give it its charcoal appearance. So there’s no need to be scared about fake food coloring being used to alter the bun’s appearance ;)

If you’re curious about testing out this Halloween treat, you can pick one up (with some fries and a BK crown, obviously) at participating locations now while supplies last, aka after Halloween, we’re gonna assume.

Are you gonna try Burger King’s Halloween Whopper? Let us know your thoughts about it in the comments.