See the First Pics of Caitlyn Jenner as a Simpsons Character 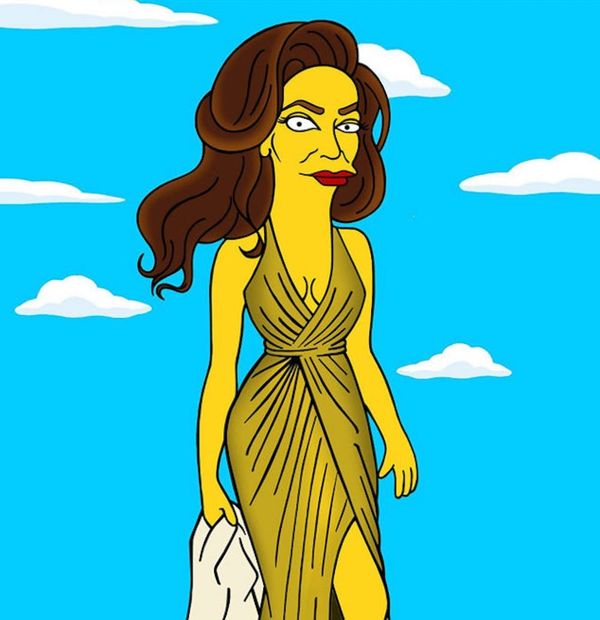 You’ve obviously seen her on TV, the cover of Vanity Fair and all over social media, but now she’s making her world debut… as a Simpsons character. Caitlyn Jenner has been breaking all kinds of barriers and this time, it’s into the world of animation. Alexsandro Palombo, an Italian contemporary artist and activist known for his tongue-in-cheek Simpsons-esque animations, gave Jenner the cartoon makeover and the results are pretty dang awesome.

Palombo illustrated Jenner’s now-iconic Vanity Fair cover and even re-imagines the former-Olympian as Homer’s love interest. Jenner looks stunning, even yellow all over. Our favorite from this photoset though is Jenner as Wonder Caitlyn, a champion for transgender rights.

Though there are currently no plans for Jenner to make an appearance on the longest running cartoon in America, we think there should be a petition started to make it happen. Get to it, people!

What do you think of Caitlyn Jenner’s Simpsons Treatment? Let us know in the comments below!

Kimberly Wang
Kimberly Wang writes about all things pop culture, tech, style, and beauty. She's a Bay Area transplant and has an MFA in Creative Writing from Columbia University. On a sunny New York day, you can find her hanging out with her mini schnauzer Isabelle Jellybean on a blanket in Central Park.
Home News