Can This App Really Help You Learn a New Language in Time for Vacay? We Investigate. 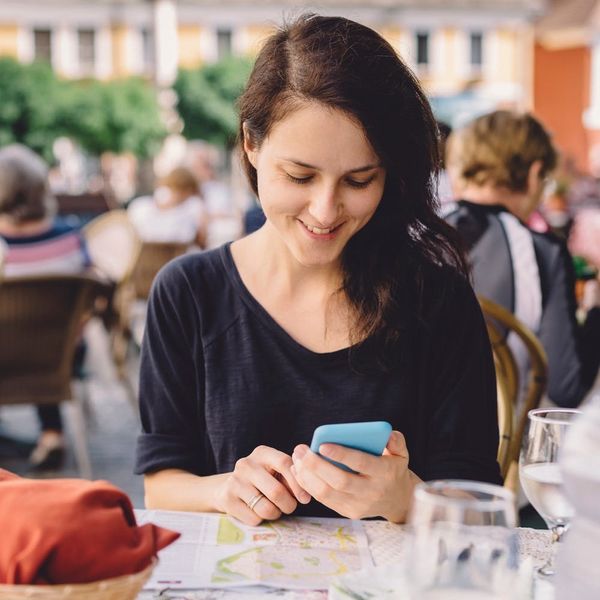 This may just be the Canadian in me, but I have a deep, unrelenting fear of seeming rude while I travel. Sure, I love the idea of a spontaneous getaway to Disneyland Shanghai, or a spur-of-the-moment trip to get inked in Havana, Cuba. But going to a foreign city without thoroughly researching the culture, traditions and language? Just thinking about it fills me with anxiety. So instead of bailing on my dream summer trip before I’ve even planned it, I decided to see if I can learn the very basics of a language — I’m talking “where is the bathroom” basic — in just one week, using the free app DuoLingo. Here’s how it went.

After messing around with the app the night before, I finally settled on trying to learn Spanish. There were a couple different course options I could choose from, but I decided to commit to three sessions totaling approximately 15 minutes a day. I mean, how hard could it be if it takes the same amount of time as my morning shower? It turns out the exercises were surprisingly simple — matching terms, fill-in-the-blanks and a lot of helpful doodles. In fact, the 15 minutes flew right by. Hoorah!

As soon as I opened the app, I had a mini panic attack. I was sure that I had forgotten all the words I learned the day prior. But after a few recap exercises (thank goodness for reviews!), I slowly started to remember some of yesterday’s terms and was able to move onto something new fairly quickly. Once again, the sessions seemed to go quite swiftly. I’m not sure if I could actually talk to a native Spanish speaker at this point, even with the amazing voice recording function — BTW my accent is terrible — but learning a language takes a long time. Or… at least that’s what I keep telling myself.

Today’s session was a miss for me. When I was learning French in high school (the first non-English language I attempted to master), we spent so much time learning to conjugate verbs by rote memorization — you know, writing down the conjugations of the verb “to be” over and over and over again, until I was actually convinced my brain would explode in Madame Chin’s classroom. But DuoLingo doesn’t really touch on that. To be fair, I think that the app is meant to provide a basic understanding of the language, and learning subtle verb changes aren’t really as important as learning the verb itself. I do think it would be helpful to see the verb with all the conjugations, at least at the start of the lesson.

As soon as I saw the title of this lesson, my foodie brain instantly went full fangirl. Learning how to speak about food is something that would definitely come in handy during my dream travel adventures. I really enjoyed how the app mixes up the exercises — sometimes you have to type in the translations, sometimes they give you options to select from and sometimes you have to speak it aloud. Not too shabby for a free app!

Today’s category was animals — which, let’s be honest, probably won’t be too helpful, unless I plan on visiting a zoo or saving a trapped cat while on vacay. Because this app isn’t focused on travel per se, I’m starting to find that some of the categories aren’t quite as applicable as I would like them to be. If I wanted to learn a language fully, I think it might be a better starting point though.

Today I decided to wake up early and do my sessions in the morning. THIS WAS A BRILLIANT IDEA, if I do say so myself. Having a specific time of day set aside to do something like learn a language really helped motivate me to schedule in my exercises and commit to finishing my sessions. Unfortunately, today was an extension of my previous lesson on animals. Seriously, I have to find an appropriate time to say “A penguin drinks water” on this hypothetical trip of mine, or I’ve just wasted 15 minutes of my day.

I DID IT! Finishing off the week with a lesson on possessives, I definitely think that I learned a thing or two about the Spanish language this week. I’m not sure how talking to an actual Spanish-speaking mujer or hombre (you see what I did there?) would go, but I feel a lot better about planning a trip to a Spanish-speaking country than when I started the week.

Using this app for a week really made me appreciate how gosh darn hard it is to learn a new language. Although there are some things I would personally like to see added to the app (for instance, a traveler’s session where you learn common phrases like “Where is the bathroom?” and “How much is that?” would be helpful), I do think that it’s a great time investment if you’re planning on traveling abroad. Plus, it doesn’t hurt that it’s absolutely free!

Have you tried to learn a new language in your adult life? Tweet us by mentioning @BritandCo.

Ashley Macey
Ashley Macey is a lifestyle freelance writer who loves all things fitness, wellness, and creativity. When she's not exploring her home in the Pacific Northwest with her dog Max, you'll probably find her curled up with a good book and some hot tea. Follow her daily jaunts on Twitter.
Apps
Travel
Apps