5 Reasons You Should *Really* Cook With Cast-Iron Cookware 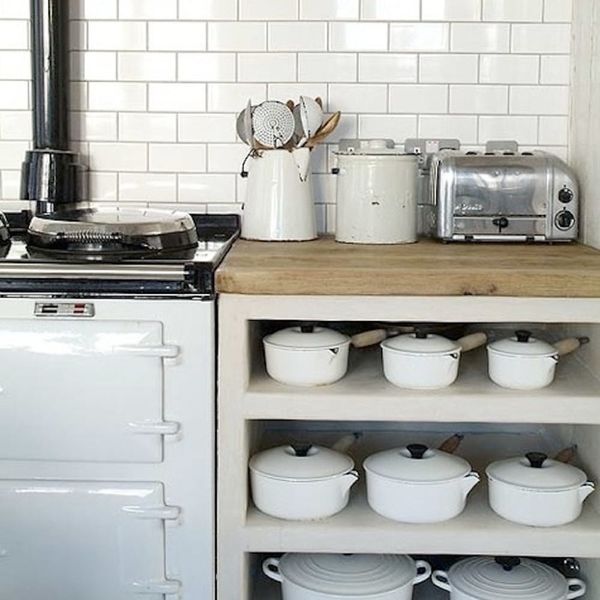 Cast-iron is hardly a new trend in the kitchen. It’s been around for centuries, with some people estimating that the cookware has been used since about the third century BC. But it’s definitely enjoying a day in the spotlight — in fact, Pinterest searches for cast-iron cookware are up more than 100 percent since this time last year. There are TONS of delicious one-pot recipes you can make in a cast-iron skillet, and — bonus — they’re high-iron meals. But we’ll get to that in a minute. Here are five reasons why you should consider cooking with this time-tested material.

1. It’s safe. Here’s the unfortunate truth about a lot of the cookware used today: It’s suspected to be unsafe. Aluminum cookware has been called into the spotlight because of fears that it may contribute to Alzheimer’s disease. Meanwhile, Teflon-coated pots and pans are troublesome, as the coating can become scratched and disseminate into your food… which means you may literally be digesting a known carcinogen.

The safest bets, really, are stainless steel and cast-iron cookware. But the latter also has a few additional benefits over stainless.

2. It gives you iron. Iron is a beneficial nutrient to get into your body, and many people are deficient in it. According to a study published in the Journal of the American Dietetic Association, cooking with cast iron added significant amounts of iron to the meal prepared.

3. It’s low-maintenance. When you purchase a cast-iron skillet, you need to season it. But that’s literally the most you’re ever going to have to do to maintain this cookware.

4. It won’t burn. Another MAJOR benefit of cast-iron skillets is that you can cook with them over very high heat. You won’t need to worry about ruining your pots and pans by leaving them on high too long. Cast-iron cookware is incredibly tough and durable, and as long as you season it correctly, it will last you a *long* time — even multiple generations.

5. It’s affordable. And finally, cast iron cookware is an extremely good deal. The Lodge Cast Iron Skillet ($15) is a FANTASTIC starter item to pick up, though you can also find pre-seasoned cookware such as the Lodge LCS3 Cast Iron Chef’s Skillet ($15).

(Photos via Remodelista and The Kitchn)

Maggie McCracken
Maggie McCracken is a freelance writer, blogger and aspiring digital nomad. She writes primarily about food, travel, yoga and healthy living, and she has a background in health and science journalism. You can read more of her work on her lifestyle and travel blog, The Olive Branch.
Dinner Recipes
Kitchen Tools and Gadgets
Dinner Recipes Kitchen Kitchen Gadgets
The Conversation
Reviews:
More From Kitchen Tools and Gadgets