Met Gala 2017: How All the Celebs Are Prepping for the Red Carpet 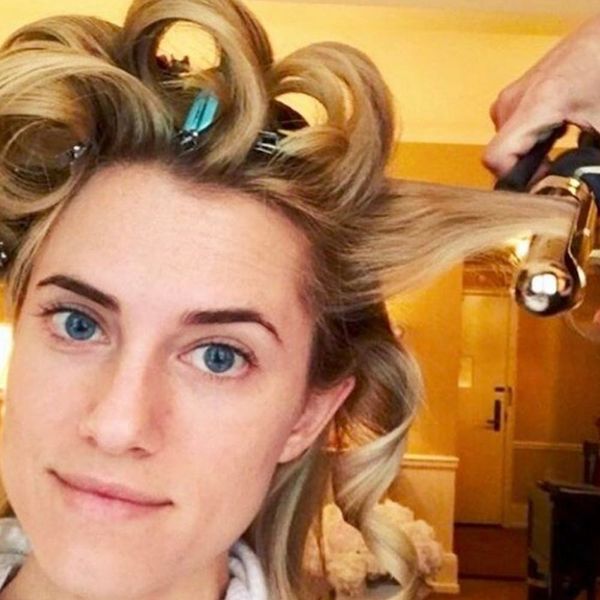 Tonight’s the night. It’s the biggest fashion event of the year — the 2017 Met Gala honoring legendary Comme des Garcons designer Rei Kawakubo — and our favorite celebrities are getting ready to walk the red carpet. Tonight’s theme calls for an homage to her past works — meaning the more outlandish, the better! But before we can see the final red carpet looks, keep scrolling to see how our favorite fashionable folks are gearing up for the big night.

1. Kate Bosworth: Tory Burch has the honor of dressing the actress for tonight’s festivities, but it’s makeup artist Pati Dubroff who gets the final say on Bosworth’s pucker.

A behind the scenes look at #metgala prep! @allanface making sure my smile is in check with @Crest whitestrips with Light. #crestsmile #ad #bts #redcarpet

2. Ashley Graham: No word yet on who will get to dress the plus-size model, but one thing is for sure: Her smile is prepped and ready-to-go.

3. Lena Dunham: First up on Lena Dunham’s prep list for tonight’s big event? Um, from the looks of her latest Instagram… a shower? Stay tuned for the actress’s final look. She’s slated to wear Elizabeth Kennedy.

5. Behati Prinsloo: The Victoria’s Secret model is taking over Refinery29‘s Instagram story tonight as she gets prepped for the Met Ball.

6. Solange Knowles: We just know that whatever Beyoncé’s younger sister wears on tonight’s red carpet will be *good.* She’s already teasing her look on Instagram, starting with avant-garde-looking lipstick.

7. Eva Chen: Instagram’s Eva Chen’s Met Gala prep started last night with a sheet mask. She has yet to reveal her dress (though she’s wearing Erdem), but we do know that her makeup will highlight her lips.

8. Chrissy Teigen: Over at celebrity hairstylist Jen Atkin’s Snapchat story, Chrissy Teigen is getting primped and prepped for tonight. Her long hair is pulled back and her makeup looks subtle and pretty — and we can’t wait to see her dress!

#MetGala countdown continues: chief creative officer Jonathan Saunders and team working on one of the many custom dresses for tonight's event. @metmuseum

10. Yolanda Hadid: Everyone’s favorite (ex) Real Housewife of Beverly Hills is gearing up for the Met Gala with flowers and gem-encrusted accessories. A gal after our own heart.

11. Kendall Jenner: The reality star repped Estée Lauder over on her Snapchat as she lounges in a bathrobe with under-eye masks before the festivities.

12. Madonna: Madonna is ready for battle and prepping for combat with MDNA Chrome Clay Mask. No word on who she’s wearing, though we can count on her face being right and tight.

13. Mindy Kaling: While Mindy Kaling may not have spilled the beans on what her final look will be, we do have a good idea of what her clutch will read: Mindy [heart] Prabal (he’s dressing her tonight).

Stay tuned, as we’ll be sure to bring you the best red carpets looks too!

Who are you excited to see? Tweet us @BritandCo.

Channing Hargrove
Channing Hargrove is a freelance fashion editor and writer in New York City. When she isn’t writing about clothing (or shopping, for research, of course), Channing is writing about life in a tiny studio apartment in a big city — and what she’s wearing — on her blog, Channing in the City.
Celebrity Beauty
Beauty News
Celebrity Beauty Celebrity Style Red Carpet Snapchat