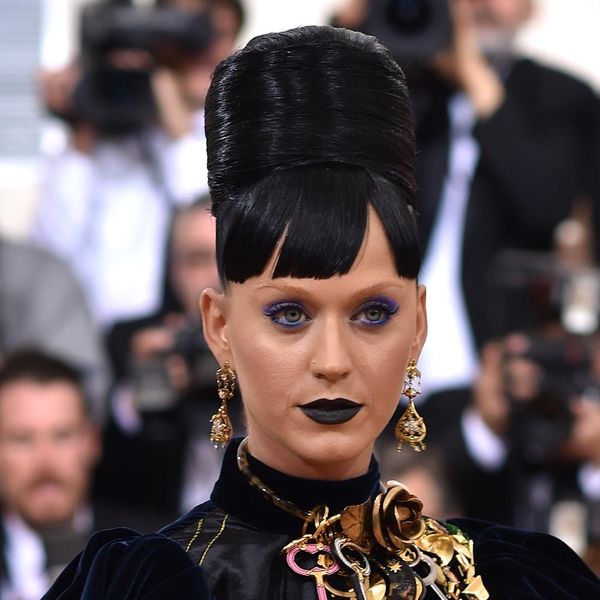 Ahh, the Met Gala. Every single year, the gala’s red carpet treats us to CRAZY fashions, breathtaking manis, surprising trends (remember Katy Perry’s valiant effort to resurrect Tamagotchis?) and pleeeenty of adorbs couple moments that are simply too cute for words. Basically, it’s one of the best events of the year and we’re excited to say that not only has 2017’s theme been revealed, it might just be the most unconventional to date.

The Metropolitan Museum of Art has confirmed that 2017’s exhibition and gala will honor and celebrate — *drum roll, please* — none other than legendary Comme des Garçons designer Rei Kawakubo. Though this is less of an idea and more of an homage to one particular person, given some of her past works, it’s sure to translate into outlandish territory.

As Andrew Bolton, Curator in Charge of The Costume Institute, explained in a press release, “Rei Kawakubo is one of the most important and influential designers of the past 40 years. By inviting us to rethink fashion as a site of constant creation, recreation, and hybridity, she has defined the aesthetics of our time.” After all, few designers have pushed the boundaries of fashion and style as far as the 74-year-old Japanese designer has.

Taking place on May 1, the gala will be co-hosted by Katy Perry (who recently dropped some major hints about having kids) and Pharrell, and will mark the second time in history (the first was Yves Saint Laurent in 1983) that a living designer will be lauded and placed under the spotlight.

Sad about not being able to attend? Don’t be! The exhibition, which will run from May 4 until September 4, promises to be just as amazing. Showcasing pieces from Rei Kawakubo’s lengthy career from 1981 through today, the retrospective sounds like it’s going to be crazy impressive and breathtaking. See you there!

What do you think of the 2017 Met Gala theme? Tweet us @BritandCo.