6 Celebrities Speak Up on Living With Depression and Anxiety 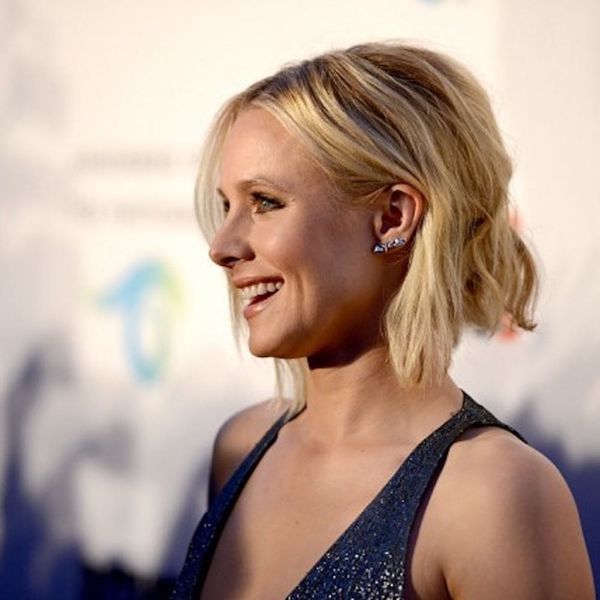 When you’re suffering from a mental health issue, it can feel like no one else is going through the same thing (which makes it really hard to share your feelings). But it’s important to know that you’re not alone — just check out these YouTube mental health advocates. And recently, some major celebs have become more vocal about their own struggles with anxiety, depression and body image issues. Many of these stars are taking a stand to fight the stigma against mental health issues. Here are six of our favorite quotes from some badass ladies who were brave enough to speak up.

1. Kristen Bell: You might not imagine this energetic actress and voice of a Pixar princess has ever had a bad day, but she recently opened up about her struggles with mental health. Kristen said, “I present this very cheery, bubbly person, but I also do a lot of work. I do a lot of introspective work… I got on a prescription when I was really young to help with my anxiety and depression and I still take it today, and I have no shame in that.” (Photo via Michael Kovac/Getty)

2. Demi Lovato: The singer has been very vocal (pun intended) about her battles with body image, addiction and bipolar disorder. Demi’s a strong advocate for raising awareness of mental health issues and an inspiration for others who are struggling. Demi said, “If you are going through that dark period, go to your family and closest friends. Don’t put yourself in danger. It’s very crucial that you get your feelings out — but don’t ever inflict harm on your own body, because your body is so sacred. I wish I could tell every young girl with an eating disorder, or who has harmed herself in any way, that she’s worthy of life and that her life has meaning. You can overcome and get through anything.” (Photo via Albert E. Rodriguez/Getty)

3. J.K. Rowling: The Harry Potter author knows there’s no magical cure to make depression go away, and recognizes that it’s hard work to stay healthy. “I have never been remotely ashamed of having been depressed. Never. What’s to be ashamed of? I went through a really rough time and I am quite proud that I got out of that,” she said. (Photo via Nomi Ellenson/Getty)

4. Lady Gaga: Lady Gaga has never been one to shy away from standing up for others, including the LGBTQ community and fellow victims of sexual assault. But she’s also learned the importance of standing up for herself, and digging deep for emotional self-care. “I learned that my sadness never destroyed what was great about me. You just have to go back to that greatness, find that one little light that’s left. I’m lucky I found one little glimmer stored away,” Lady Gaga said. (Photo via Neilson Barnard/Getty)

5. Michelle Obama: Our amazing First Lady is known for her initiatives encouraging an active lifestyle and healthy eating, but she also has a powerful message about the importance of prioritizing mental health and reversing the stigma against mental illness. “At the root of this dilemma is the way we view mental health in this country. Whether an illness affects your heart, your leg or your brain, it’s still an illness, and there should be no distinction,” Michelle said. (Photo via Alex Wong/Getty)

6. Catherine Zeta-Jones: The legendary actress first opened up about her experience with bipolar disorder as a clarification to a tabloid that revealed she was seeking treatment. It may have started as a statement to set the record straight, but Zeta-Jones has since expressed pride and gratitude for the impact her openness has had on others. “There is no need to suffer silently and there is no shame in seeking help,” she says. (Photo via Stuart C. Wilson/Getty)

How do you manage anxiety and depression in a positive and healthy way? Share with us @BritandCo.