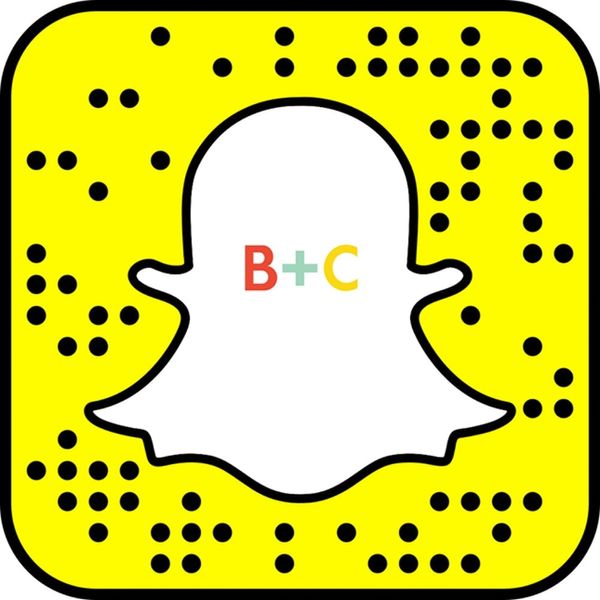 Since their launch in 2011, to say Snapchat has been blowing up would be a gross understatement (thanks to their new birthday geolenses, probably even more so!). With the 88th Academy Awards around the corner, it’s safe to say that people will be tuning in not only on their TV screens, but also on their smartphones for all the red carpet and behind-the-scenes peeks. Here are 12 Snapchat accounts of celebs, hair and makeup artists we’re counting on to be there. You can either add them by snapcode or by usernames!

1. @JaredLeto: Jared Leto and his glorious lob will definitely be gracing the Academy Awards’ red carpet, as he’s one of the presenters. He’s also good fun to follow all other 364 days of the year, because Leto gets verrrry creative with his snaps. (Photo via Michael Buckner/Getty)

The Hunting Ground, our girl Gaga is also going to be performing as well. The singer is always keeping her Little Monsters posted on her day-to-day via the social media app, so we’re certain she’ll be live-snapping on the day of. (Photo via Jason Merritt/Getty)

4. @RyanSeacrest: It’s pretty much guaranteed that Ryan Seacrest is going to be at the Oscars this year, likely chatting up celebs as they make their way down the red carpet. After all, he’s E!’s heavy-hitter when it comes to celeb interviews. Add Ryan to truly get an insider experience at this year’s show. (Photo via Jason Merritt/Getty)

5. @KateLeeMakeup: Celebrity makeup artist Kate Lee has glammed up various stars, including Keira Knightley, Anne Hathaway and more. She’s also the go-to MUA of this year’s Best Supporting Actress nominee Rooney Mara, so you might just want to follow Kate to see her prepping Rooney for the show. As a newcomer on Snapchat (she joined six days ago!), we’re certain she’ll be documenting the whole thing. (Photo via John Sciulli/Getty)

6. @KMGMcAdams: Kayleen McAdams is another celeb makeup artist to keep an eye out for come Oscars Sunday. Not only is she the exclusive makeup artist for Sofia Vergara — a presenter this year — but she’s also the MUA and younger sister of Best Supporting nominee Rachel McAdams. YES, Rachel McAdams’ baby sis is a makeup artist — and a really impressive one too. Talk about keeping it in the family. (Photo via Charley Gallay/Getty)

This is the official Snapchat account of none other than super talented R&B singer The Weeknd, also known as Abel Tesfaye. The singer is performing at the Oscars, so keep an eye on his Snapchat story for a chance to get backstage. (Photo via Ernesto Distefano/Getty)

8. @BabyBels77: There’s no guarantee that supermodel Bella Hadid will be attending the 88th Academy Awards, but since her boyfriend is performing — and took her as his date to the Grammys and all — we figured she’s a pretty solid bet to check out on the day of. Plus, the model — like her good friend Kylie Jenner — is an avid Snapchatter. (Photo via Ilya S. Savenok/Getty)

American Horror Story: Hotel at the Make-Up Artists and Hair Stylists Guild Awards. The celebrity MUA actually scored the job on AHSH because she’s Lady Gaga’s exclusive makeup artist, and the singer brought her along on the show. As Gaga is a nominee for Best Original Song this year, we’re confident to say that her trusted makeup artist (who yes, DID create Gaga’s memorable Bowie look at the Grammys), will be doin’ her up for the Oscars. (Photo via @sarahtannomakeup)

10. @CattSadler: While there’s no word yet on exactly who from E! will be conducting their red carpet interviews, Catt Sadler did post a #tbt of her Oscars gown from last year, so we’re guessing the host is hinting that she’ll be around at the 2016 Academy Awards. Either way, Catt is sure to have the inside scoop on what’s going on at the show, so stay tuned. (Photo via /Getty)

11. @HairByAdir: Celeb hair stylist Adir Abergel works closely in tandem with MUA Kate Lee and has done the Oscars hair of Jennifer Garner and Anne Hathaway. He’ll likely be snapping his way through Oscar prep this year, so check in on his story for all the details! (Photo via Alberto E. Rodriguez/Getty)

12.@RachelZoe: Stylist to the stars, designer and a celeb in her own right, Rachel Zoe will definitely be BTS at the Oscars this year. Rachel has styled everyone from Jennifer Lawrence to Sofia Vergara (both of whom will be at the show this year), and with so many gorgeous couture gowns to pick out, it’s safe to say Rachel will be crazy busy leading up to the biggest award show of the year. (Photo via Michael Loccisano/Getty)

Kimberly Wang
Kimberly Wang writes about all things pop culture, tech, style, and beauty. She's a Bay Area transplant and has an MFA in Creative Writing from Columbia University. On a sunny New York day, you can find her hanging out with her mini schnauzer Isabelle Jellybean on a blanket in Central Park.
Oscars
Pop Culture
Oscars Snapchat
More From Pop Culture