Celebs Like Kylie Jenner Are Embracing Therapy. Here’s Why It’s a Good Idea 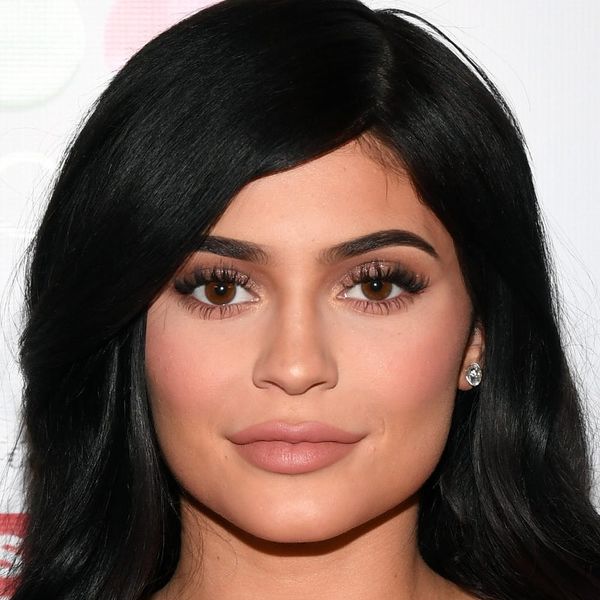 The first time I called in sick to work for my mental health was in February. I didn’t give my colleagues a reason why; I just sent a short email explaining I didn’t feel well and would be back in the next day.

After I hit “send,” I felt like a fraud. Who cared if I was spending close to an hour each morning talking myself out of bed, or if the past month had been a fog of irritability and apathy? That wasn’t a real sickness, I reasoned — in spite of the fact that it finally had become crippling enough for me to stay home from work.

I’ve gone through this cycle countless times since adolescence. I start to feel depressed or anxious for a few days. The days turn into weeks then months, sometimes stretching out to consume most of a year. Instead of seeking help, I predictably write off my feelings as trivial, because who am I to feel depressed? What real trauma have I ever experienced?

I’m not alone in thinking this way. In general, millennials are more open to talking about mental health than our parents’ generation, but we tend to subscribe to a set of myths that often prevents us from seeking the help we need. Although mental health has made its way into mainstream conversation in recent years and high-profile women like Kylie Jenner, Kesha, and Kerry Washington have opened up about their experiences with therapy, millennial women have not universally embraced the notion of seeking therapy for themselves.

“Even after all these years there is still a stigma around mental health issues, and I think young women today do not want to risk being viewed as weak or vulnerable,” said Mia Adler Ozair, a clinical psychotherapist and certified health coach based in Los Angeles.

While concerns about insurance coverage (or lack thereof) and uncertainty about how to find the right therapist can be roadblocks to seeking help, this year I finally ditched the notion that I was not “damaged enough” to meet with a therapist. In the spring, six weeks after my first mental health sick day, I scheduled my intake appointment. I’ve been meeting with my therapist on a regular basis ever since, and she’s helped me learn to quell anxiety by simply acknowledging feelings, rather than my old MO of relentlessly judging them.

Psychotherapy, also known as talk therapy, encompasses many different approaches. Ozair specializes in cognitive behavioral therapy; my own therapist uses a combination of techniques. I used to think therapy meant lying on a couch and yammering to an indifferent therapist until the hour was up. The reality of my sessions — which have included a mix of traditional talk therapy and somatic therapy, an approach that focuses on the relationship between the mind and body — looks much different. Some days we talk the whole hour, while other days we practice breathing exercises or come up with affirmations.

Allyson Byers, a 26-year-old producer’s assistant living in Los Angeles, said her family’s attitude toward mental health kept her from going to therapy for years. “Why pay someone to hear your problems when you can just talk to your friends?” was their line of reasoning. She worried that if she met with a therapist, she would be taking up time that would be better spent on “someone who was suicidal or having a really deep depression,” she said. Her issues at work felt insignificant.

“Now looking back it sounds so dumb, but at the time I was just like, ‘I don’t need to spend an hour talking to someone about myself.’ It sounded selfish,” Byers said. After going through a “mental breakdown” in a dead-end job followed by an unsuccessful stint on antidepressants, she finally reached out to schedule her first appointment with a therapist in May 2016.

Just as there are numerous philosophies and approaches to therapy, there are also countless therapists to choose from. Finding the right one can feel like dating. Byers started off seeing a therapist who domineered the conversation, and she could hardly get a word in edgewise. She later switched to a therapist who better fit for her personality and needs. I was lucky to click with the first therapist I met, but she made it clear that I was under no obligation to stay with her if I had doubts. The patient always has the right to break things off.

The patient also has the right to give feedback, which was key for me, as someone who has historically been allergic to anything too New Age-y. At the end of our first session, my therapist doled out a series of homework assignments: a book to read on compassion (fair enough), a set of breathing exercises (fine) and a chanting meditation (…excuse me?). I was skeptical.

When I returned the next week, I was honest and told her that while I enjoyed the book and could get on board with breathing exercises, the chanting meditation was too much. So we crossed it off the list. In therapy, I’ve been given the space to try new methods of easing anxiety and practicing mindfulness, alongside the freedom to say “nope!” to techniques I don’t love.

During one particularly tearful session, I admitted to my therapist that I felt ridiculous for coming to see her. My anxiety and professional angst seemed petty. Even at my worst, I was high functioning; I wasn’t so depressed that I was missing weeks of work or blowing off obligations. No doubt I was wasting her time.

Her response was simple but stuck with me: Therapy is a tool for our health, just like any other. When you’re sick, you go to your doctor. And when you’re not living your best life, as it were, you see your therapist.

The patient’s goal in therapy, regardless of the therapist’s approach, is to achieve a baseline of happiness, Ozair explains. But if you’re suffering from depression or anxiety, you may not realize that your “normal” is below this baseline. “The proper help from the right professionals can really make a difference in quality of life and day-to-day experiences,” Ozair said.

Byers echoes that sentiment. She says she’s started feeling better since working with her current therapist at the start of this year, but she has no plans to stop attending her regular sessions.

“I realized how severe my anxiety really was and that you don’t have to live like this, you can actually figure out techniques that will help you live a better life,” she said. “I think [therapy] is super important, even if you are in a place where you’re happy.”

Have social stigmas ever held you back from seeking therapy? Talk to us @BritandCo.