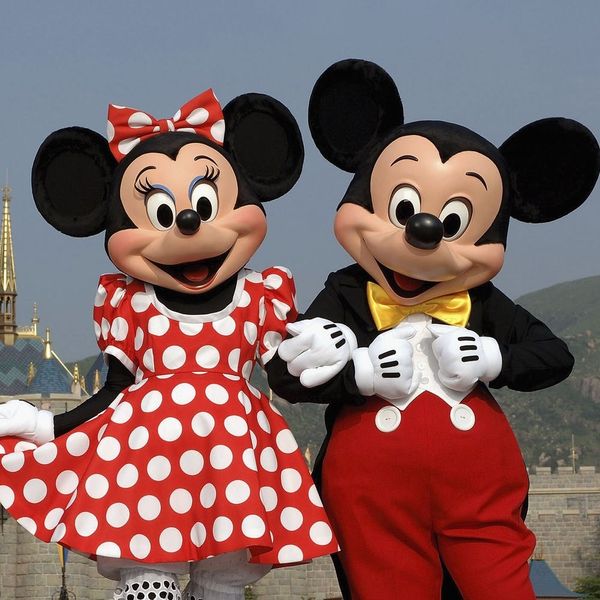 We’ve uncovered a LOT of Disney Easter eggs in our time, but even the shrewdest Mickey + Co fan is bound to miss a few. That’s why Oh My Disney, the official Disney blog, has released a video that’s set to shock even Mouse Masters.

Featuring no less than 10 of your favorite original flicks, the now-viral clip shows how classics such as Beauty and the Beast, Frozen, Tangled, Mulan, The Little Mermaid, Sleeping Beauty, and more are all linked to one another, even if in the most subtle of ways.

While there were some nods we knew about (such as Beast’s appearance in the Sultan’s toy tower in Aladdin), others pretty much blew our minds.

They seem so obvious once pointed out, but as we’re enjoying the films, it can be rather hard to spot the fact that, for instance, Rapunzel’s room is equipped with a spindle in Tangled — the same detrimental device that befell Aurora in Sleeping Beauty.

Take a peek at the video below and see how many eggs you caught before now, then maybe go rewatch ‘em all. You know, just for fun. *wink wink* Happy hunting!

How many eggs did you already know about? Tell us over @BritandCo.

Nicole Briese
Nicole is the weekend editor for Brit + Co who loves bringing you all the latest buzz. When she's not busy typing away into the wee hours, you can usually find her canoodling with her fur babies, rooting around in a bookstore, or rocking out at a concert of some sort (Guns N' Roses forever!). Check out all her latest musings and past work at nicolebjean.com.
Disney
Pop Culture
Disney Easter Eggs
More From Pop Culture