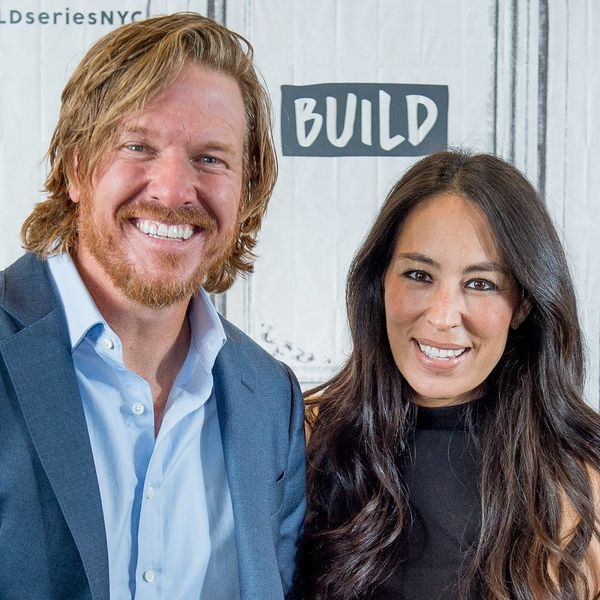 HGTV stars Chip and Joanna Gaines broke fans’ hearts when they announced that season five of Fixer Upperwould be their last back in September, with many believing that the 19-episode season, which premiered on November 21, would be the last time fans would have a chance to see the adorbs couple on the small screen — at least for a while. As it turns out, however, the Gaines’ could be back in our living rooms sooner than we thought!

Vanity Fair is reporting that that future might hold a brand NEW show, which has nothing to do with flipping houses.

Though the pair clarified their decision to leave in a lengthy statement via their website, saying that it was sparked by a desire to spend more time with their kids and their businesses (including a new line for Target, Hearth & Hand for Magnolia), the outlet reports that the decision may have been made with other end goals in mind… like, say, a talk show on another network less restrictive than their former deal with Scripps?

“Who knows what the future holds, but we’re excited for whatever is around the bend, and in the meantime, we will definitely be staying in touch,” the couple wrote at the time of their announcement.

Who's watching with us tonight??!! So excited for the #fixerupper Season 5 premiere at 9/8 pm CST! @hgtv ❤️

While little else is known about the possible project, which has not yet been confirmed, it’s an exciting possibility, no?

Magnolia Market’s PR director, Brock Murphy, disputed rumors of a network clash in an e-mail statement to VF, saying that “Chip and Jo’s decision to leave Fixer Upper is truly just based on their wanting to catch their breath for a minute — to rest, refresh, and spend even more time with their family and growing businesses. It is not based on anything related to Discovery-Scripps, or anything else that has been falsely reported.”

Still, he didn’t *quite* rule out the possibility of a new show, so we’ll be keeping our fingers crossed!

Would you watch a talk show with Chip and Joanna Gaines? Tweet us @BritandCo.