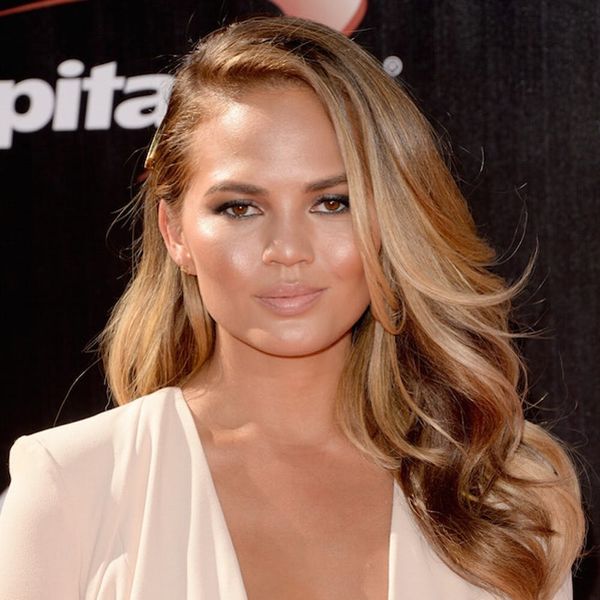 Gooood morning! From another new-mom win to the sweetest story of kindness you’ll hear today, here are six news items you need to know this morning!

1. Like, is there anything she can’t do? Chrissy was pictured breastfeeding sweet baby Luna on a recent photoshoot, sharing the moment — as she does so many — via Snapchat. “Christine wears many hats,” the caption said, with the photo showing Chrissy hard at work both feeding her new daughter and having a dress fitting. Somehow, Chrissy just makes it look easy. (via People)

On Saturday I have a wedding. My couple are from Fort McMurray and yesterday they were evacuated from their home. I asked Elise what I could do to help her on my end here and she asked me if I could possibly help to find her a new dress as hers was lost in the fire. I posted on Facebook and within an hour hundreds upon hundreds of strangers had reached out, offering to give her their dress to wear. Designers, bridal stores and fellow photographers all did what they could to help her find a new gown. Elise arrived in Toronto at 3pm, I picked her up at 5:30pm and we went to @leaannbelterbridal where the ever so generous and gracious, Ginny, lent Elise not one but two dresses. One for the ceremony and one to change into for the reception. Elise was so overcome with emotions by everything that has happened and I can safely say that the kindness shown by strangers has touched her more than you will ever know. Thank you SO much for all of your help! You really don't know how much it means to her and her family. ❤️❤️❤️ #BeKindToOneAnother @vsco

2. A bride whose wedding dress was destroyed in the Fort McMurray fire had her dream wedding after all thanks to the kindness of strangers. After needing to evacuate her home last Tuesday in Fort McMurray, Alberta, Canada, thanks to the ongoing wildfires, Elise Boissonneault learned that her wedding dress, which was still at the seamstress’s, had been destroyed. “I asked Elise what I could do to help her on my end here, and she asked me if I could possibly help to find her a new dress,” Toronto wedding photographer Alex Neary said in her Instagram caption. “I posted on Facebook and within an hour hundreds upon hundreds of strangers had reached out, offering to give her their dress to wear. Elise ended up with not one, but TWO dresses, thanks to Leann Belter Bridal. “Elise was so overcome with emotions by everything that has happened, and I can safely say that the kindness shown by strangers has touched her more than you will ever know.”

3. You need to see Gwen Stefani and Blake Shelton’s romantic performance of their duet.The Voice coaches/coworkers/adorable couple performed their duet “Go Ahead and Break My Heart” on air for the first time together last night, and it proves they have the musical chemistry to match their romantic chemistry! There’s no mistaking how into each other they are.

4. Meghan Trainor took down her new video because of unauthorized photoshopping. After promoting the release of the “Me Too” video for days on Instagram, the new video went down as fast as it went up. “They Photoshopped the crap outta me,” Trainor said on Snapchat. “My waist is not that teeny. I had a bomb waist that night, I don’t know why they didn’t like my waist. I didn’t approve that video and it went out to the world. So I’m embarrassed.” You go, Meghan!

5. Pete the wombat is an inspiration. Being fussy and moody about eating and just farting when he feels like it. Maybe not the most classy move, Pete, but we feel you.

6. Quote of the day: “If you don’t get it, I don’t have time for you.” — Kristen Stewart tells Variety about her refusal to define her sexuality.

Would you be for or against being Photoshopped? Let us know on Twitter @BritandCo!