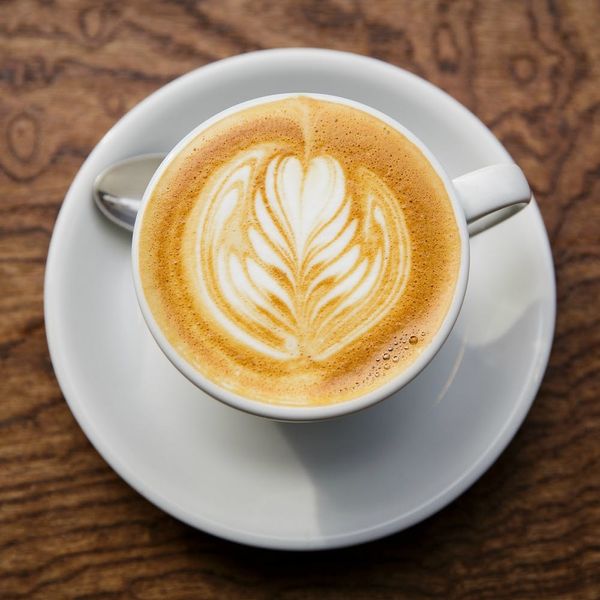 We’ll own it: We have ourselves a serious coffee addiction. Be it hot, iced or in mini frappuccino form, we love it all, really. But we love it even more when it’s pretty.

We didn’t think it could get much more creative than rainbow coffee, but South African barista Dayne Levinrad of The Grind Coffee Company in Johannesburg has just taken all of our wildest coffee dreams and exceeded them tenfold with his latest, supes Instagrammable creation: coffee in a cone.

Nearly everyone has ‘grammed a snap of that super impressive foam heart or flower your local barista crafted to make your morning cappuccino that much more enticing, but this little creation takes things up a notch with some specially added ingredients — like chocolate-y cone shaped receptacles, for one.

Following much trial and error (apparently pouring hot coffee in your typical old waffle cone? Not such a great idea), Dayne and his team eventually settled on a cone with a specially reinforced chocolate blend built to hold the coffee in and prevent leaks or burns — for 10 minutes or so, at least.

Coffee and chocolate all in one drink? Like dangling a red flag in front of a bull, really. With other shops in LA (Zia Valentina, Nespresso Boutique and Alfred in the Alley) as well as a pop-up shop in Malaysia jumping on the trend, The Grind claims to be the first, boasting more than 1 million Instagram tags since introducing the item to its menu (to put that into perspective, it’s less clicks than the Chewbacca mask, but more than many, many things), but regardless, this is one trend we’re DEFINITELY on board with.

Now. Anyone know of any cheap flights to Johannesburg?

Would you travel for a coffee cone? Let us know over @BritandCo!

Nicole Briese
Nicole is the weekend editor for Brit + Co who loves bringing you all the latest buzz. When she's not busy typing away into the wee hours, you can usually find her canoodling with her fur babies, rooting around in a bookstore, or rocking out at a concert of some sort (Guns N' Roses forever!). Check out all her latest musings and past work at nicolebjean.com.
Food News
The Conversation
More From Food News