Dorm Hack! 10 Things You Can Cook in a Coffee Pot 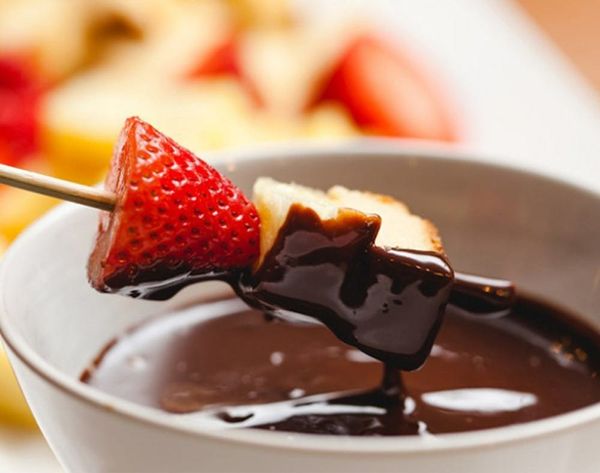 Alright so we admit; it’s a little wacky (okay, maybe more than a little). But making food in your coffee pot is really cool. And hey, if you’re headed off to the dorms in the next few weeks, you’ll soon learn that desperate times call for desperate measures. So whether you’re looking to skip out on the mystery meat at the cafeteria or just up for a new experiment, here are 10 foods you can make (!!) in your coffee pot.

1. Ramen: Let’s start simple. If you’re looking for a cheap post party snack that requires almost zero effort, here is your solution. Drop the noodles and seasoning pack in the pot, let the water heat up and boom. Noodle bliss. (via Buzzfeed, image via Pinch of Yum)

2. Oatmeal: A breakfast that will cook itself? We’re in. Sprinkle two packets of instant oatmeal into the pot, pour water in the coffeemaker and your hearty meal will be ready in five minutes. If you’re feeling really adventurous, put an herbal tea bag in the filter basket for some added flavor infusions. (via Good Eats, image via Life Hack)

3. Beer: Okay, this one is somewhat of a strenuous effort for a beer that probably isn’t going to be the best. But if you’re stuck in your apartment after a zombie apocalypse and you really need a brewski, you’ll know what to do. (via Southern Fried Science, image via Flickr)

4. Pancakes With Blueberry Sauce: Place non-stick foil on the burner, let it heat up while you make the mix and pour the batter right onto the foil. After the pancakes are finished, heat up the sauce in a small pan on the burner. (via Cooking With Your Coffeemaker, image via Food Babbles)

5. Hard Boiled Eggs: Place eggs in the coffee pot. Put water through the filter and let them cook for a few more minutes after the pot has filled up. Add one of these babies to some ramen, and you’ll be the envy of all your dorm buddies. (via eHow, image via Baked Bree)

6. Salmon and Veggies: So you’ve mastered it all. Beer? Pancakes? Piece of cake. Why not go for a full-blown meal? Steam sliced broccoli and cauliflower in the basket while the salmon, marinating in ginger, garlic and soy sauce, poaches below. (via NPR)

7. Potato Soup With Leeks: With a cookbook solely dedicated to coffee pot cooking, this blogger is somewhat of an expert when it comes to the alternative method. This soup may take a while to cook, but when your friends find out they are chowing down on soup made in a coffee pot, we think the look on their faces will make it all worth it. (via Coffee Machine Cuisine, image via Taste)

8. Poached Chicken: Measure out about a centimeter of water in the carafe and dump it in the coffeemaker’s reservoir to heat up. Then stick your chicken and butter in the pot and douse it with seasonings of your choice. Cook for about 15 minutes on each side, and voila! You’ve got a winner, winner chicken dinner. (via Gizmodo, image via The Kitchn)

9. Caramel: Put butter in the coffee pot and turn on. When the butter is melted, add the rest of the ingredients. Let it heat there for a while (approximately 45 minutes), while stirring frequently. Pour onto parchment paper and cut into pieces when it has slightly cooled… if you can wait that long. (via Coffee Machine Cuisine, image via Butter With a Side of Bread)

10. Chocolate Fondue: Um, why have we never thought of this before? Heat cream through the filter and let it sit in the pot for 15 minutes. Add broken pieces of a chocolate bar of your choice to the pot and allow to melt. Stir together to combine and serve with forks and fruit. (via Huffington Post, image via Above and Beyond)

What do you guys think of this crazy way to cook? Will you try it? Share your dorm or small space cooking hacks below!

Cortney Clift
Cortney is the senior writer and special projects editor at Brit + Co. She typically covers topics related to women's issues, politics, and lifestyle. When she's not buried behind her computer you'll find her exploring New York City or planning her next big adventure.
Back to School
Recipes
Back to School
The Conversation