This Crowdfunded Charging Station Will Totally Transform Your Counters 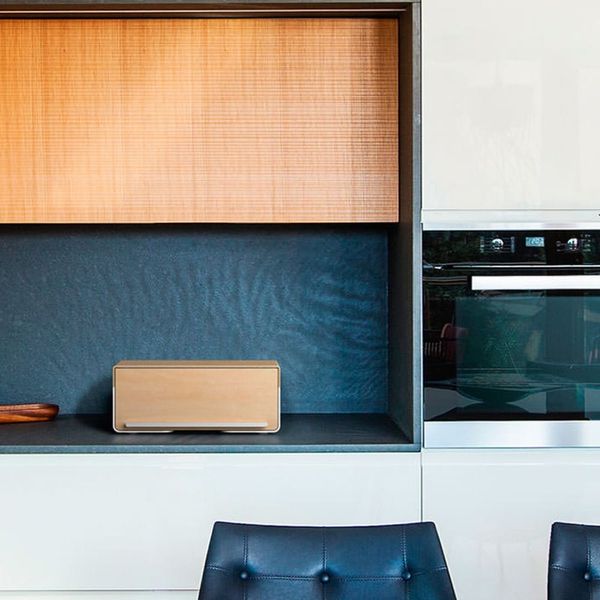 One new gadget + one new charger = one more cord and one less outlet. That’s the basic math of what’s sprawled out on most people’s countertops. Battery technology is much slower than gadget technology, so chargers are plenty, and they’re often the source of much cord chaos. But a new Indiegogo project from Griffin is looking to reel in the chaos with a charging station to trump all charging stations.

This is Cove. It’s a three-level charging station that can house up to five gadgets and five USB charging cords in a cozy little box so you don’t have to see any of your gadgets or their cords. It’s kind of brilliant. You can charge your phone, tablet, readers and fitness trackers all in one place that’s about the size of a printer, but way stylish.

They ditched the white, cold plastic that usually accompanies gadget accessories and opted for three different wood finishes that fit seamlessly into your home. In fact, so seamlessly that it may just disappear against your furniture — which is the point.

The Cove itself only has one power cord that plugs into the wall, and inside on the top tier, there’s a drawer to plug in and house up to five USB cords. Rest assured that Griffin did their research. They found that a lot of people charge their devices in the kitchen, seeing as it’s a central location, so they’ve even built the front door of Cove to double as an iPad stand.

The only other feature we’d love to see in this charging station is something that prevents surge charging. See, if you leave your devices plugged in when their batteries are maxed out on power, it can cause your battery to die faster over time. It would awesome if Cove could keep our minds at ease so we can be sure we’re not force-charging our batteries.

Still, we think this device is a must have for anyone who’s rocking more than a couple gadgets in their home. They’ve trumped their $30K fundraising goal and have raised more than $44K with weeks to go. If you want to pre-order a Cove for yourself, you can get it for $200 through the Indiegogo campaign. Devices are expected to start shipping in December.

How do you juice up your devices? Let us know in the comments!

Katelan Cunningham
Katelan is a tech junkie obsessing over all things startup and design. She has entirely way too many apps on her phone and is no stranger to binge-watching. She accidentally fell in love in Los Angeles and that’s where she currently lives, writes, tweets and grams.
Crowd Funding
Tech
Crowd Funding indiegogo iPhone