Your Future iPhone Charger Is Here and It’s Stunning 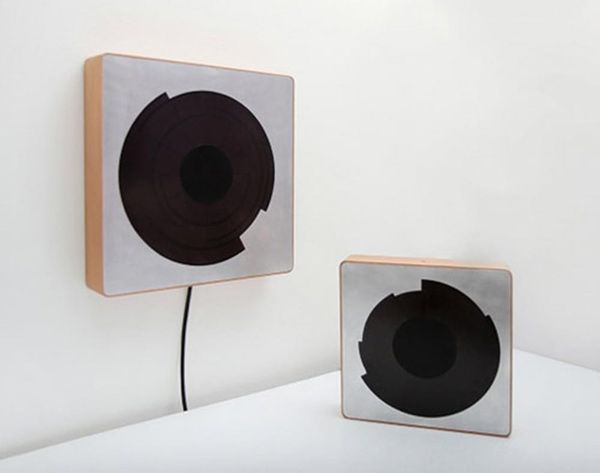 No doubt, Jony Ives is a design god. So it’s not completely surprising that we haven’t seen a wireless phone charger that matches the beauty of our beloved iPhones. We mean, if good design was that easy, we’d get way less excited about seeing wearables that we’d actually wear. But Jony Ives may have met his phone-charging match, because we just laid our eyes on one humdinger of a charging beaut.

Introducing the Spira. This innovative iPhone charger is the creation of sculptural designer Alice Robbiana and was created as a project for the University of Contemporary Design + Applied Arts. Besides its stunning good looks, it works like a dream. The Spira comes in two parts. There is a wall-mounted base station and a magnetic iPhone case that allows your phone to stick to the base station.

All you have to do to charge your phone is stick it to the base station — yup, that’s it. The phone immediately starts charging through induction. (In case you slept through that week of physics, here’s your Wikipedia refresher course.) And as if magnets aren’t cool enough, just hold onto your positive charges. Via the accompanying app, white balls will show up on the screen, letting you know how much battery life you have. Each ball equals 10% of battery life and is a much prettier and more visual way to see if your phone is charged than a toxic-neon-green half battery.

When the base station isn’t being used, its thermochromic paint remains jet black. As the phone begins charging you can see the black begin to fade and reveal a cool sculptural pattern. When it has faded to near-white, you know you iPhone is fully charged. Seriously, the visuals on this thing could hardly get any better.

Now for the absolutely coolest feature. The too-cool-for-school thing turns into a clock! While the phone is charging, you twist it clockwise until the clock hands appear. Like most beautiful designs, unfortunately, there is only one Spira and there are no plans to mass produce them. Anyone ready to start a Kickstarter campaign on Alice Robbiani’s behalf? All hands are raised over here at the Brit + Co office.

Would you like a Spira in your home? Is there anything else you’d like your phone charger to turn into? Let us know in the comments.