Cristiano Ronaldo Has Just Welcomed Twins Via a Surrogate! 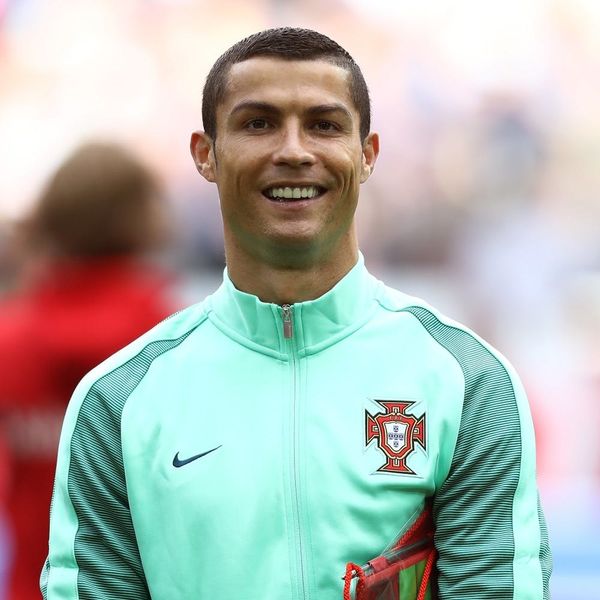 Exciting baby news times two! Superstar athlete Cristiano Ronaldo has just joined the ranks of Beyoncé & Jay-Z, George & Amal Clooney, and plenty of others in the Hollywood twin club by welcoming a double dose of babies into the world. The single daddy (Ronaldo has a seven-year-old son, Cristiano Ronaldo Jr.) hired a surrogate to carry his family’s newest additions, and he proudly shared their arrival over on Facebook.

Though his message was simple, it was clear that Ronaldo was thrilled that the long nine-month-wait to meet his twins was over, saying, “I’m very happy to finally be with my children for the first time.”

While Ronaldo hasn’t yet shared the twins’ names, he did share a pic of the adorable twosome over on Facebook which show the loving father holding what appears to be a son and a daughter, at least if their outfits are any indication. He added the caption, “So happy to be able to hold the two new loves of my life :pray::heart:” Awwwww!

Considering that Ronaldo Sr. has never revealed the identity of his first son’s mother, the surrogacy wasn’t all that surprising of a choice for the professional footballer: It’s also an increasingly common practice, with even Kim Kardashian West and Kanye West reportedly opting for the pregnancy method.

Proving once again that families come in all shapes and sizes, and come together in all kinds of different ways, Ronaldo is certainly an example of the fact that it’s LOVE that matters the most.

What do you think about the fact that more people are (openly) using surrogates to have children? Let us know @BritandCo!