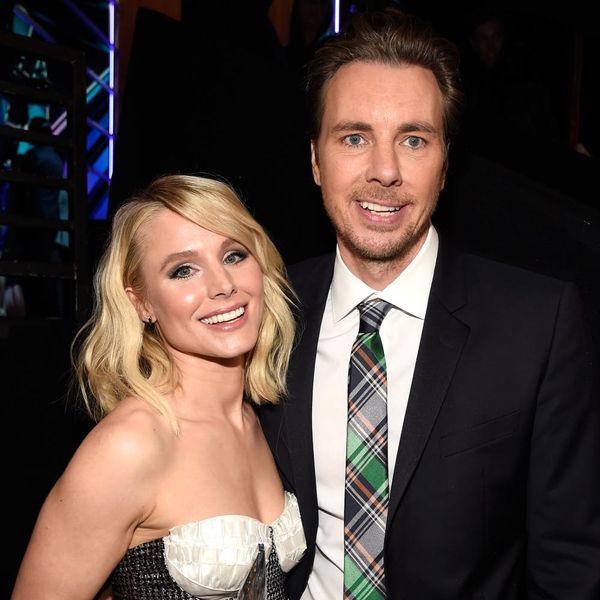 There’s no denying that Kristen Bell and Dax Shepard, who played board games after the Golden Globes, are among Hollywood’s cutest couples (their family vid was #CouplesGoals to the max). One of the reasons we find them so utterly endearing is the fact that they really and truly are BFF. That’s why it shouldn’t be TOO surprising that Dax was ready to step in as Kristen’s wingman to help her meet her celebrity crush… despite the fact that it’s not him.

That’s why, when her husband, blonde-haired, blue-eyed Dax spotted Riz while at the 2017 Golden Globe Awards, he wasn’t about to pass up the opportunity to make his wife happy, all the while proving he’s the coolest hub on the planet. “I saw him first and I thought she might be too shy to go up to him, so I’m going to break the ice. I said to him, ‘Hey, my wife has a crush on you. I would love to introduce you to her.’” Bold? Sure! Effective? Definitely!

Kristen indeed got to meet her celebrity crush, though she wasn’t exactly able to play it cool, revealing, “Out of my mouth came, ‘I find you very attractive.’” Hey, at least she’s honest?

Though it may have been a litttttlle awkward at first for Riz, we’re sure he’s not too broken up over the fact that someone as beautifully adorable as Kristen Bell has such a crush on him.

Desiree O
Desirée O is a ‘Professional Bohemian’ who loves anything and everything related to the arts, entertainment, and pop culture. She ADORES being a ‘Newsy’ for Brit + Co, covering all of the latest tidbits of awesomeness that you want to read about. When she’s not writing, she’s either making messy art, going on long adventurous walks with her camera, or poking around over at bohemianizm (http://www.bohemianizm.com/). You can find out about Desirée O and her work at http://DesireeO.com/ or follow her on Twitter @DesireeO.
Celebrity Couples
Celebrity News
Celebrity Couples love
More From Celebrity News