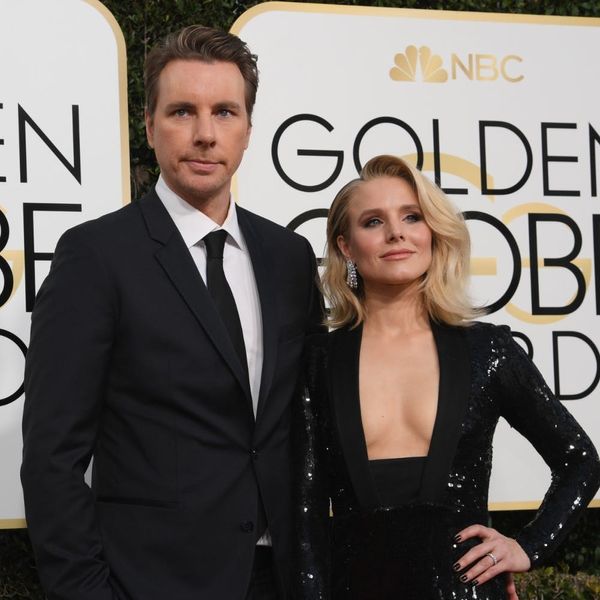 Kristen Bell and Dax Shephard were one of our fave couples to show up at this year’s Golden Globes. And while they looked as adorably in love as ever and slayed their red carpet style, you may not believe what they were up to after the awards ceremony was over.

While most stars headed off to the night’s hottest parties to celebrate and revel in the best Hollywood has to offer, Kristen and Dax decided to ditch the hoopla and instead go back to their current obsession: playing Settlers of Catan.

Kristen posted a pic to Instagram of herself and her love/rival sitting down with their board ready to get things rolling, with the caption, “Let the after party begin. @daxshepard @goldenglobes @settelersofcatan #GoldenGlobes #settelersofcatan.”

Celebrating @daxshepard 's birthday the only way we know how. Trying to once and for all figure out if it's wheat, corn or the illusive pineapple. #catan

But the fact that they played yet again while still in their snazzy Golden Globes duds… well, it’s just so cute. Though we have to wonder who is the master of this particular game, and are either of these cheeky characters gracious losers?

Are you the kind of person, like Kristen and Dax, who would rather chill and play a game instead of heading out to a party? Tweet us @BritandCo!

Desiree O
Desirée O is a ‘Professional Bohemian’ who loves anything and everything related to the arts, entertainment, and pop culture. She ADORES being a ‘Newsy’ for Brit + Co, covering all of the latest tidbits of awesomeness that you want to read about. When she’s not writing, she’s either making messy art, going on long adventurous walks with her camera, or poking around over at bohemianizm (http://www.bohemianizm.com/). You can find out about Desirée O and her work at http://DesireeO.com/ or follow her on Twitter @DesireeO.
Golden Globes
Celebrity News
Golden Globes
More From Celebrity News