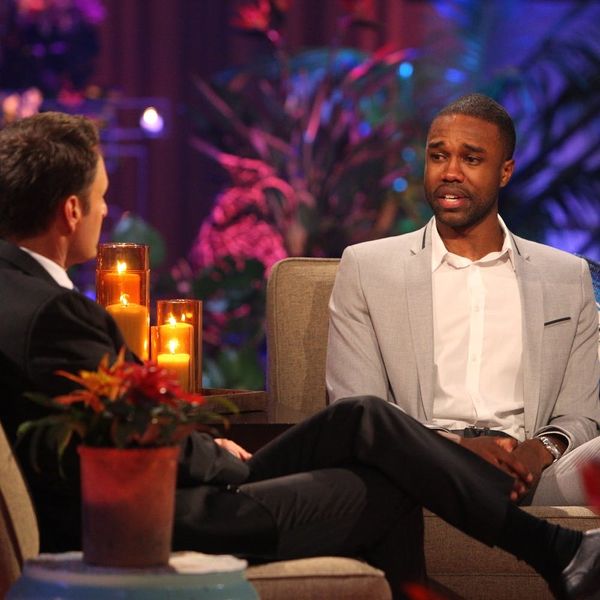 The fourth season of Bachelor in Paradise is in full swing, but the alleged misconduct controversy isn’t totally in the past just yet. On Tuesday night’s episode, DeMario Jackson joined BIP host Chris Harrison for a tell-all interview about what went down between him and then-castmate Corinne Olympios — and how the scandal rocked his life. Jackson was very emotional at times, especially when speaking about how his mother handled the controversy.

“Seeing her cry every single day, it was difficult,” Jackson told Harrison. “I’m her everything… I had to make her deactivate [her social media], because she was going to war defending me. It sucked.”

The low point was reading an article that described the alleged misconduct in graphic detail. (An investigation ultimately cleared the allegations.) “It was difficult, because I know who I am,” he said. “I know that I’m not that monster that they’re trying to portray on TV.”

Jackson also said he was humbled by the support of castmates such as Alexis Waters, Raven Gates, and Taylor Nolan, and that listening to Kanye West got him through. “I’m in a much better place in my life,” he added.

Reactions to the interview online were mixed. Many on Twitter seemed frustrated with the way ABC continues to keep the incident in the spotlight.

They played potentially triggering news footage about the scandal with DeMario's face in the corner for reaction shots. WTF. #BIP

Hey ABC, maybe instead of interviewing DeMario and Corinne, just drag the "3rd party" out and interrogate them. #bachelorinparadise

Others wondered where Olympios was and whether she would get a chance to tell her side of the story. (According to ET, Olympios’ sit-down with Harrison will air on Tuesday, August 29.) She and Jackson have not spoken, but he wishes they had.

“I felt bad for her because she was being slut-shamed. I love my mother; I love the women in my family more than anything in this world, and it just hurt me just knowing that she probably was going through the same thing that I was, but a little bit more, a little bit more aggressive and intense,” he told Harrison.

Olympios, for her part, tweeted last night, “everyone: before making your assumptions, watch my interview with @chrisbharrison next week to hear it straight from me #bachelorinparadise.”

What do you think of DeMario Jackson’s BIP interview? Let us know @BritandCo.