Whoa: Did Demi Lovato Just Hack Her Hair Into a Bob? 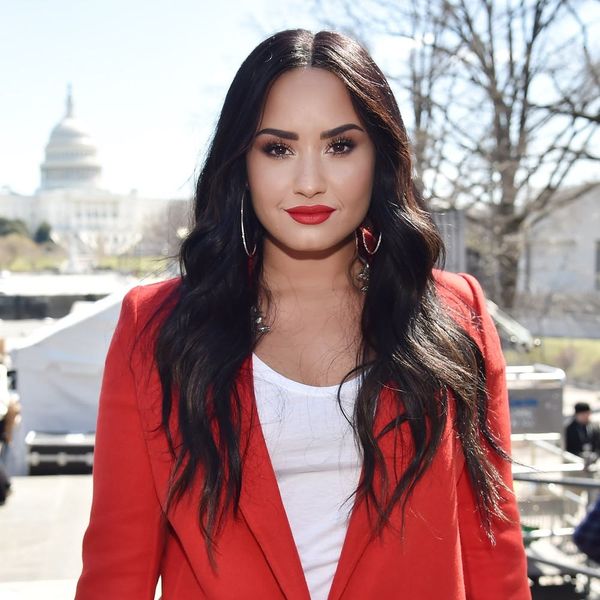 Demi Lovato has a whole new look! Er, at least she appears to. The Simply Complicated star took to Instagram stories ahead of the weekend rocking what looked like an asymmetrical, chin-length bob.

Hairstylist César Ramirez seemed to confirm the chop, posting a video of Lovato with her shorter ‘do to his page. “New cut, new D,” he wrote of the look.

Still, Refinery 29 has confirmed that the realistic-looking chop is actually a wig that was created in an effort to help the “Sorry Not Sorry” crooner test run the style before making the big hack.

“We’ve been toying with the idea of cutting her hair into a short bob, but since we’ve been in the process of growing her hair out, we were a bit hesitant,” Ramirez told the outlet.

Their solution? A faux bob that was cut specifically for her face from his own Wildform wig line. “I… made her a short wig to play with whenever she has the urge to short,” he revealed. “I always suggest this as a solution for anyone wanting a short cut, but isn’t ready to commit just yet. Trying out a style with a wig first will let you feel it out before taking the plunge [and] it can also be a daily alternative.”

It wouldn’t be the first time the hair guru has taken the scissors to Lovato’s real locks: Back in March of last year, she debuted a collar bone-grazing style that was 12 inches shorter than her previous length.

This latest, faux version is even shorter, but as Ramirez explained, it suits his client’s strong features. “I love chin-length on Demi because she has such a beautiful strong chin and neckline…. I razored some layers into the wig for fun, youthful texture.”

Demi Lovato’s locks: Long or short? Weigh in over @BritandCo.

Nicole Briese
Nicole is the weekend editor for Brit + Co who loves bringing you all the latest buzz. When she's not busy typing away into the wee hours, you can usually find her canoodling with her fur babies, rooting around in a bookstore, or rocking out at a concert of some sort (Guns N' Roses forever!). Check out all her latest musings and past work at nicolebjean.com.
Celebrities
Hair
Celebrities Celebrity Hair Haircuts