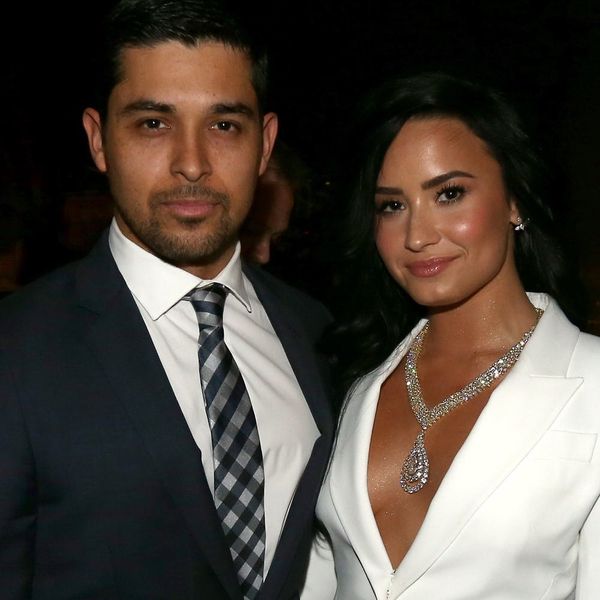 Hearts around the world broke last June when Demi Lovato and Wilmer Valderrama decided to go their separate ways after nearly six years together. Lovato later opened up about the split to Glamour, telling the mag that “being sick” was always part of her relationship with the That ‘70s Show actor.

“I always had something wrong with me,” she said. “I needed to let go of that. It was hard to depart from somebody who saw everything, but it may be nice to start fresh with somebody. Because that person that I was when I was a lot younger is not who I am today.”

Now, just a little over a year later, we’re getting our first glimpse of the couple together again at a barbecue the “No Promises” singer hosted for Pride weekend, and boy, is it ever sweet.

Sharing a too-cute-for-words selfie of the duo to her Instagram stories, Lovato captioned the heartwarming pic with the words, “Best of friends no matter what.”

She followed it up with another shot of the pair snuggled up in the sun looking as couple-y as ever.

With the 24-year-old reportedly having split from MMA fighter BF Guilherme “Bomba” Vasconcelos, we can’t help but wonder if there isn’t possibly some hope for a romantic reconciliation for these two after having some time apart to miss and appreciate one another?

Whether the flame is ultimately rekindled or not, however, we’re happy to see them together and smiling again.

Are you rooting for Dilmer to couple up once more? Share with us @BritandCo.