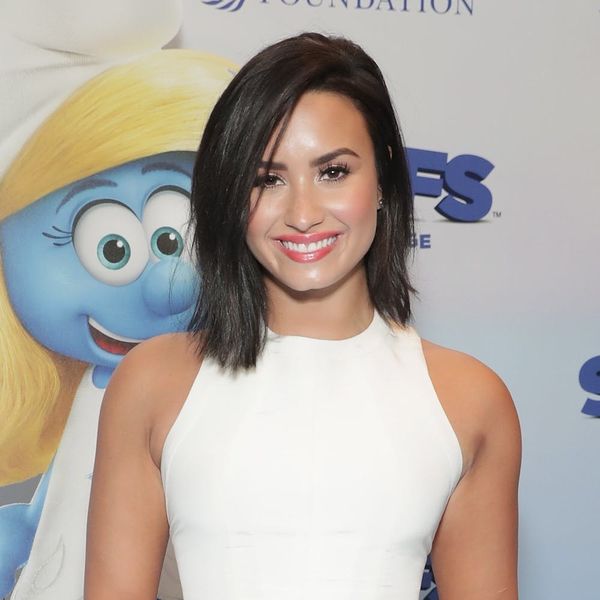 Demi Lovato may have just celebrated one super inspiring milestone, but now it looks like she might have another reason to be feeling the love. That’s because the singer is showing off an absolutely stunning diamond ring and fans are wondering if this means she’s (eee!) engaged.

Having split from her long-time love, Wilmer Valderrama, after six years together, Lovato has seemed beyond happy in the past few months with new bae, MMA fighter Guilherme Vasconcelos. And while it still may be early days for the couple, folks are wondering if Demi’s been swept off of her feet with a possible wedding on the way, for a very particular reason.

Taking to Snapchat, Lovato shared a pic with fans showing an absolutely glowing image of herself — and what’s that we spy on her finger? Yep, one heck of a gorgeous diamond ring. Though not a typical solitaire setting or focusing on one main stone, it instead features a full band of diamonds that encircle her finger. Stun-ning!

We have to note that Snapchat selfies tend to reverse images, so it’s likely that Demi Lovato is actually wearing the ring on her right hand, which makes it less likely to be an engagement ring. But we’re still swooning as hard over the piece as we’re loving the pair’s brand new love.

What do you think about Demi Lovato’s diamond ring? Let us know @BritandCo!