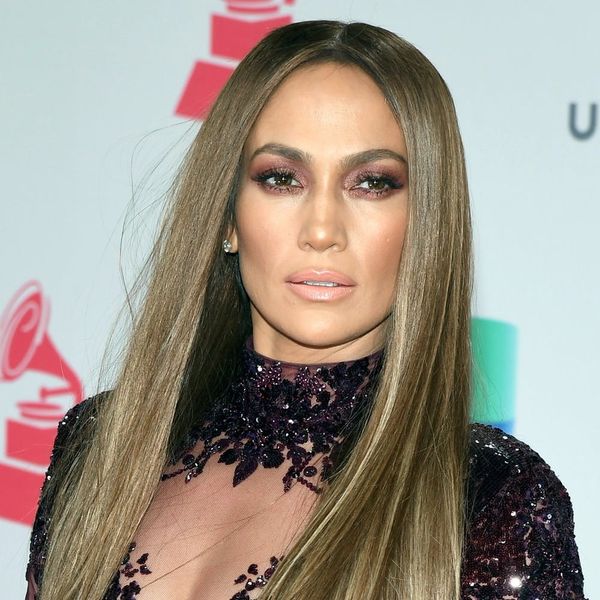 We’re less than 24 hours into 2017, and already, the drama is heating up! (though this “feud” in particular has quite a bit of history). In fact, Jennifer Lopez (AKA Drake’s new lady) and Mariah Carey go wayyyyy back. Well, kind of. According to Mariah, “she doesn’t know her,” though that point is up for debate — just ask Demi Lovato, who stepped into the ring with Mariah over it last (!!) year.

It all started back in 2000, when Mariah did an interview with a foreign TV station. She was asked about several different pop stars, and while she had nice things to say about most of them, when it came to J. Lo, Mariah simply said, “I don’t know her.”

J. Lo had a different story, reportedly telling Wendy Williams, “She’s forgetful, I guess! We’ve met many times. I don’t know… I don’t know her that well.” Jennifer then made headlines at the Billboard Awards last year when she scrolled through her phone during Mariah’s performance.

Mimi tried to put the rumors to rest this May, telling Andy Cohen on Watch What Happens Live that she can’t believe it’s still a thing, and explaining her comments. “Apparently, I am forgetful. It wasn’t like I don’t know who she is — of course I do. That’s not the question… If I had never had a conversation with you (Andy) and someone asked me about you, I’d be like, ‘I don’t know him but he seems cool,’ or ‘I don’t know him.”

Still, J. Lo might not be quite ready to bury the hatchet — at least if her alleged reaction to Mariah’s flop of an NYE performance is any indicator! Pulling a Mama Tina Knowles-Lawson (who just quit social media after accidentally shading J. Hud in this same way), the songstress seems to have “liked” a negative Instagram comment from @d.dub7, which said that MC’s performance was like an accident you couldn’t take your eyes off of.

While we couldn’t find the original post, we did find this captured screenshot of proof.

Uh oh… looks like Jennifer’s enjoying Mimi’s slipup a bit TOO much! It sounds like 2017 might be a bumpy one (at least as far as pop divas are concerned). Better buckle up, lambs!

Do you think Jennifer has a right to gloat or is she being petty? Tell us over @BritandCo.

Nicole Briese
Nicole is the weekend editor for Brit + Co who loves bringing you all the latest buzz. When she's not busy typing away into the wee hours, you can usually find her canoodling with her fur babies, rooting around in a bookstore, or rocking out at a concert of some sort (Guns N' Roses forever!). Check out all her latest musings and past work at nicolebjean.com.
Controversy
Celebrity News
Controversy Music social media