The 8 Most Talked-About Celeb Controversies of 2016… So Far 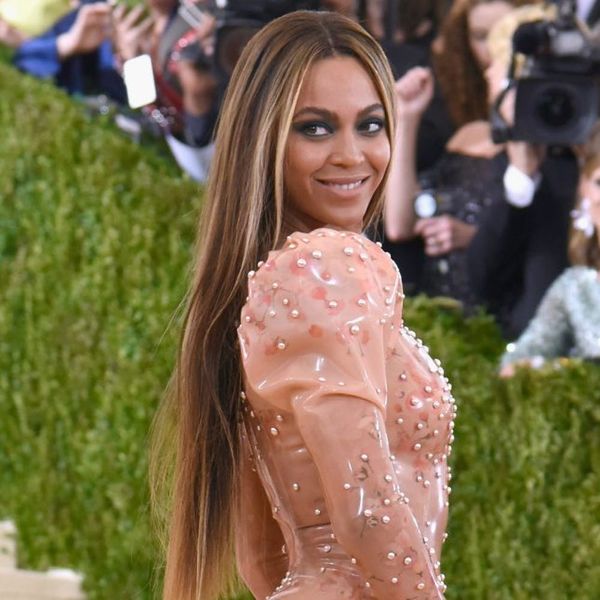 We have a love-hate relationship with social media. In fact, some of us even quit social media for a week earlier this year. On the one hand, it allows us to stay connected to our nearest and dearest, keep up on the latest trends (hair stencils, anyone?) and get an intimate peek into our fave celebs’ lives that we wouldn’t otherwise normally see (we seriously melted over this pic of baby Luna swooning over daddy John Legend). On the other hand, social media also opens the door to compare yourself to others and has a tendency to bring the drams — and plenty of it!

1. Becky with the good hair: How else could we start off a social media controversy post than by mentioning (gasp!) Beckygate? There was no bigger Internet scandal in 2016 than that of “Becky with the good hair.” Taken from a line in Beyonce’s surprise Lemonade album, in which Bey tells someone (*ahem,* Jay-Z) that he better call “Becky with the good hair,” fans were in an uproar over who this mysterious “Becky” might be. Rachel Roy and Rita Ora were the Beyhive’s prime suspects, and they attacked the women with a vengeance via social media. The feud had everyone from Rachel Ray (who sent Rachel Roy the best gift ever) to Lori Loughlin weighing in, and while some of it was in good fun, the nasty comments were also a strong reminder that we NEED to be aware of the implications of online bullying. (Photo via Alberto E. Rodriguez)

2. Kim Kardashian’s NSFW selfie: While Kim has always been known for being somewhat provocative (between her infamous tape and her Playboy photo shoot, it’s clear she’s not the most conservative woman on the planet), she pretty much broke the Internet when she posted a certain NSFW pregnant selfie. In addition to opening herself up to the opinions of, well, the entire Internet, celebs such as Chloe Grace Moretz to Bette Midler also took to Twitter to slam the star, prompting this epic essay response from Kim herself. Turns out, Kim doesn’t really care what you think of her, as she proved when she posted another shocking selfie just earlier this month. Haters gonna’ hate. (Photo via Andreas Rentz/Getty)

3. Blake Lively’s “Oakland booty:” While Blake is typically our social media QUEEN (particularly via her epic fashion run in Cannes), the actress got herself into some hot water with fans when she referenced a Sir Mix-A-Lot song from the ‘90s, saying that she had “an L.A. face with an Oakland booty.” Claiming that the remark was highly offensive to women of color, the move had many followers up in arms. The controversy became so prominent, Sir Mix-A-Lot himself weighed in the issue, jumping to Blake’s defense by saying, “For her to look at her butt and that little waist and to say “L.A. face with an Oakland booty,” doesn’t that mean the norm has changed, that the beautiful people have accepted our idea of beautiful? That’s the way I took it.” Annnnnd mic drop. (Photo via Dimitrios Kambouris/Getty)

4. Demi Lovato vs. Nicki Minaj: Nicki Minaj is no stranger to a Twitter feud. You’ll likely recall that it was just last year that Taylor Swift who sparked the rapper’s ire (or was it the other way around?) when Nicki seemingly slammed Taylor’s nomination for MTV’s best album of the year. Taylor clapped back with a response of her own, and following a short-lived feud, the two seemed to reconcile their beef onstage. This year’s Minaj drams revolved around a photo taken at the Met Gala, where Nicki apparently shaded Demi Lovato when she gave her some MAJOR side eye in a group shot, and also shunned her from the photo’s tag online. Never one to keep her true feelings to herself, Demi was quick to fire back via both Instagram and Snapchat, though Nicki didn’t take the bait — the whole thing has since kind of fizzled out on its own. Womp, womp. (Photo via Dimitrios Kambouris /Getty)

5. Kanye West vs. the world: Oh, boy. Where do we even start with this one? Kanye’s shocking social media moments this year have been seemingly never ending. From his controversial endorsement of Bill Cosby (“Bill Cosby is innocent!” he tweeted amidst allegations of sexual abuse against Cosby) to the insane Twitter rant he launched against Wiz Khalifa and ex-girlfriend Amber Rose after Wiz expressed his distaste for Kanye’s new album title, Waves, it’s been one wild ride. Then, there’s his ongoing feud with Taylor Swift, which even wife Kim Kardashian is sounding off on. It was perhaps Kanye who summarized his collective feuds best, however (and started another 12 or so in the process) when he premiered his extremely controversial “Famous” video, from which the fallout is still rolling in (*cough cough* Lena Dunham). (Photo via Kevin Winter/Getty)

6. Demi Lovato vs. Mariah Carey: It’s been a rough year on social media for Demi. After her little spat with Nicki, the star not only publicly shared the loss of her grandmother and a split from her longtime boyfriend, Wilmer Valderrama, she clapped back at Mariah Carey following Instagram shade the pop diva was throwing at other artists, such as Ariana Grande and Jennifer Lopez. Mariah’s lambs did NOT take kindly to the response, attacking Demi’s account in such a swarm that she may have even quit social media over it. (Photo via Mike Coppola/Getty)

7. Taylor Swift’s VERY public breakup with Calvin Harris: Seemingly overnight, everyone’s favorite couple was no more, and the breakup? It wasn’t pretty. In fact, much of it played out right in front of our very eyes via social media, and believe us when we say, YIKES! Calvin upped the stakes with some very, um, salacious messages, and even a very pointed fashion choice, but all was seemingly for naught, as Taylor seems to have VERY much moved on with new beau Tom Hiddleston, insurance claims be darned. Sorry, Calvin. (Photo via Jason Kempin/Getty)

8. Justin Timberlake’s BET snafu: Though JT is usually quite a poet with words (his reaction to the Orlando tragedies had us in tears), many fans were outraged over his response to Jesse Williams’ epic BET Awards speech, sparking a tremendous amount of backlash after he was allegedly dismissive of a fan who called him out for cultural appropriation. Justin quickly backpedaled, but the damage may have already been done. (Photo via Pascal le Segretain/Getty)

Which social media feud were you most outraged by? Tell us over at @BritandCo!

Nicole Briese
Nicole is the weekend editor for Brit + Co who loves bringing you all the latest buzz. When she's not busy typing away into the wee hours, you can usually find her canoodling with her fur babies, rooting around in a bookstore, or rocking out at a concert of some sort (Guns N' Roses forever!). Check out all her latest musings and past work at nicolebjean.com.
social media
Celebrity News
social media twitter