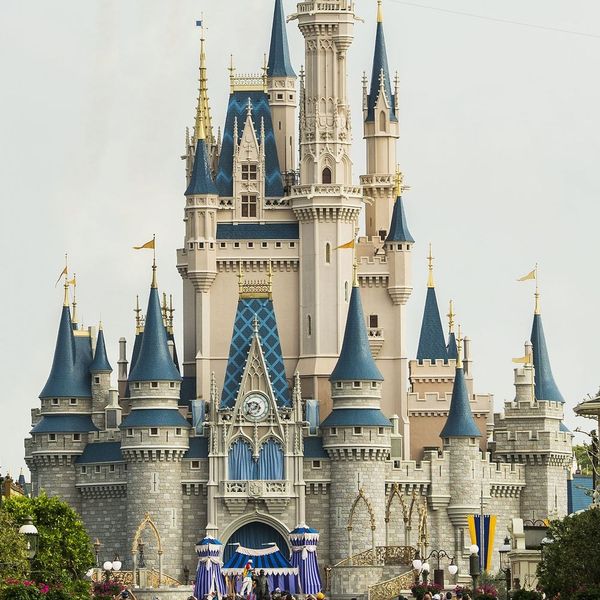 Ever since making their sparkly debut at the Disney parks back in August, the rose gold Minnie Mouse ears have been a seriously hot commodity, with fans scouring stores at Walt Disney World in Florida and Disneyland in California to try and snag a pair.

It's been a while since I've taken a picture of ears like this, BUT HAVE YOU SEEN THESE?! Disney Parks are finally giving the people what they want-- Rose gold ears!! My inner basic white girl has zero chill. You can snag these just about anywhere on Disney property! What do you all think of the changes and additions Disney is incorporating to their new merchandise? • • • • • • • • • • • • • • • • • • • • • • • #disneyblogger #disneyoutfit #disneyblog #disneyig #disneygram #disneyside #happy #colorful #bright #fun #whimsical #dreamy #inspiration #tumblr #aesthetic #rosegold #minniestyle #flashesofdelight #thatsdarling #livecolorfully #shotoniphone #fashionblogger #styleblogger #lifestyleblogger #blogger #lifestyle #magickingdom #orlando #florida #disneystore

People understandably lost their damn minds upon seeing the millennial pink-inspired mouse ears, but they quickly became hard to find, rapidly selling out each time they hit stores in the two U.S. parks.

And this morning, for a few glorious hours, the rose gold Minnie ears were available online… that is, until they promptly sold out.

According to the parks’ official Instagram page, it seems the sequin-covered rose gold headband will not be available for restocking at the moment, but given their immense popularity, we hope the House of Mouse will reconsider and give the people what they want again soon.

If you’re still coveting these glittery beauties but won’t be visiting a Disney park anytime soon, you’re in luck, because the brand just announced a sweepstakes on Instagram, and the lucky winner and a friend will be gifted the rose gold-tinted Minnie ears.

Per the caption, @shopDisney writes, “Want to bring home 2 pairs of these sold out #RoseGoldEars – 1 for you, 1 for a friend? Like our page and comment below with #shopDisneySweepstakes for your chance to win!” The sweepstakes ends on January 5, so you’ve got some time to enter, but you’ll definitely want to do what you can to get your hands on these incredibly Insta-worthy ears.

And of course, if you happen to be visiting the parks in either Anaheim or Orlando, you can always try to hunt them down the old-fashioned way. Best of luck!

Were you lucky enough to snag a pair of the rose gold Minnie ears online? Tell us @BritandCo!

Arielle Tschinkel
Arielle Tschinkel is a pop culture junkie who went to NYU because the Olsen twins went to NYU (really). She is a freelance writer whose work has also been featured on HelloGiggles, Refinery29, SheKnows, Bustle, Hollywood.com, and many others; and she's living her dream one Britney Spears GIF at a time. Follow her on Twitter @mrstschinkel or visit her website at arielletschinkel.com.
Disney
Style News
Disney Shopping